With 18 months of Heritage Lottery funded development finally at an end at the New Room in Bristol, a major new book has been released detailing nearly three centuries of Methodist history.

This will be of immense interest to anyone who wants to know more about the history of Bristol as well as to Methodists. Written by novelist and leading Methodist historian Gary M Best, ‘The Cradle of Methodism’ is the first-ever full-scale history of the New Room, also known as John Wesley’s Chapel, which was built in Bristol by the founder of the Methodist movement in 1739.

Much of what developed into the movement known as Methodism was initiated at the New Room. Among other things, the building acted as a food bank, as a school for the poor, and as one of the first free medical dispensaries, and its early members championed prison reform in Bristol.

The book is rich in stories about individuals such as John Cennick, attacked by mobs at Upton Cheney; John Haime, a soldier preacher suffering from post-traumatic disorder; Alexander Mather, the Scot who had survived the Battle of Culloden; and Thomas Webb, who never preached without a sword. It also shows how two-thirds of the early Methodists were women because John Wesley offered them leadership roles and championed a wider role for women.

The book reveals the fascinating links between Bristol’s trade with America and the growth of American Methodism and extensively covers John Wesley’s role in pioneering the anti-slavery movement, including recounting the story of how the New Room gave protection to escaped slaves and Wesley’s work with other abolitionists like William Wilberforce. It also shows how Charles Wesley’s hymns and John Wesley’s books helped turn Bristol into the biggest publishing centre outside London.

Gary M Best said: “I hope my book will help Bristol to appreciate why it should be proud to have such an important historic building in its city centre and why people from all over the world come to visit it. John and Charles Wesley were inspirational figures who changed not only Bristol but Britain and America and Methodism still has over 80 million member worldwide.

“The social justice issues the Wesleys raised, such as the unjusifiable huge gap between rich and poor, are just as relevant today as they were in the eighteenth century.”

Gary M Best, who is the volunteer Warden of the New Room and lives in Bath, has written eight books on aspects of Methodism, including a recent beautifully-illustrated children’s book, Gospel’s Story, about the adventures of John Wesley and his horse.

The Cradle of Methodism, which is profusely illustrated, is published by New Room Publications through Tangent Books, is priced at £25 and is available at the New Room or online at www.tangentbooks.co.uk. 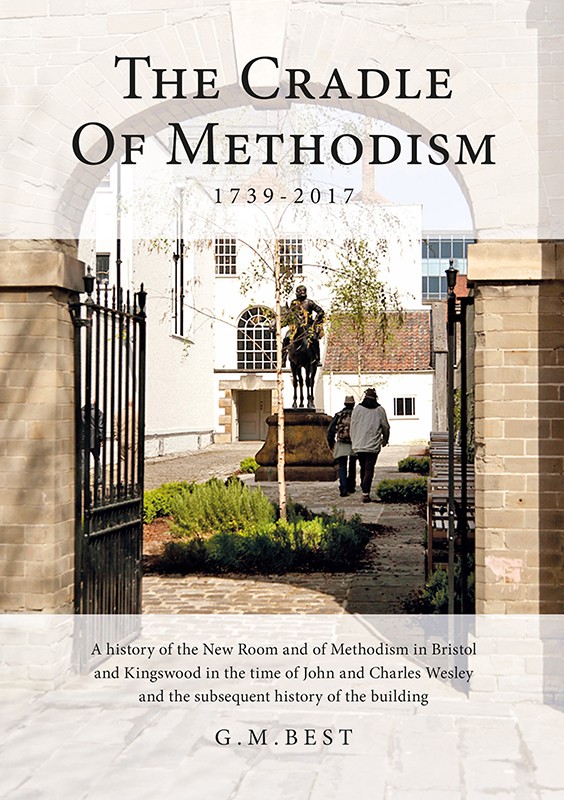 Your ticket for: NEARLY THREE CENTURIES OF HISTORY CAPTURED BY LOCAL AUTHOR