The life of Henry Moore

The lay preacher who split the membership at John Wesley’s New Room in two and helped engineer its destruction.

Astute and vigorous, Moore was a clever man with a gift for words. It was said that when he preached he often appeared ‘to be holding communion with heaven’. However, having been rejected by the Church of England for ordination, he was also a man who was keen to assert that his authority both to preach and to offer communion matched that of any ordained clergyman. As a leader among those who wanted Methodism to form its own separate Church he initiated and welcomed confrontation with those Methodists who remained loyal to the Church of England and this led him to seek the destruction of the New Room.

Henry Moore was born at Drumcondra, Dublin, in December 1751 and he was the only son of a prosperous Irish farmer. He was given a good education with a view to him becoming either a clergyman or a lawyer but the death of his father in 1763 led him to be apprenticed instead as a woodcarver. For a few years he lived sometimes in Dublin and sometimes in London, relying more on his inheritance than on developing a career and living an often dissolute life. In February 1777 he became a Methodist, not through the preaching of John Wesley (which did not impress him) but through others, including that of Charles Wesley and the preachers James Morgan and Samuel Bradburn. Although his pious mother grieved that her son had joined ‘the despised Methodists’, it changed his behaviour dramatically. He commenced working as a schoolmaster in Dublin and then, in 1779, agreed to become a lay preacher. He took up residence at Coleraine in Londonderry and, in 1780, married a Methodist called Nancy Young, who was to prove a considerable help to him.

After preaching in various parts of Ireland, including Charlement and Cork, he was recalled to London in 1784 and he and his wife took up residence in John Wesley’s house. Moore acted as John’s travelling companion and assistant and he became very friendly with both Thomas Coke, then one of Wesley’s most important proteges, and Charles Wesley, who encouraged him to seek ordination in the Church of England. In 1785 Moore was asked to go to America but declined because his mother was old and dying. Instead he was sent to Dublin so he could be with her. There he helped establish one of the city’s principal Methodist chapels. After Charles Wesley’s death in 1788 John decided he needed Moore back in London and so Moore once more resided in John Wesley’s house at City Road for a couple of years. When the Church of England rejected Moore as a candidate for ordination, John Wesley secretly ordained him as ‘a presbyter in the Church of God’ in February 1789.

In August 1790 Moore was sent to work in Bristol. However, he visited London to be present at John Wesley’s death in 1791 and he subsequently gave the official sermon at the New Room announcing Wesley’s death. He became one of the three executors of Wesley’s estate (the other two being Thomas Coke and Wesley’s doctor, John Whitehead). Moore devoted himself to quickly producing a biography of John in just four weeks and it was published in April 1792 under his and Coke’s name, though the latter had no hand in writing it. The book was a source of controversy because Whitehead knew that Wesley had authorised him and not Moore to write his biography. Moore had produced the book even though Whitehead had denied him access to many of Wesley’s papers. This action was typical of Moore’s bullish approach. He would not be stopped by anyone.

Moore became one of twelve preachers given authority to preach in London, Bristol and Bath without having to obtain the permission of the Conference. He saw this as ‘a real and great privilege’. In 1794 the Methodist Conference was held in Bristol and Moore became the focus for a dispute at the New Room over whether preachers could offer communion. Moore was advocating that lay preachers should offer communion. because he knew this would lead to a split between the Methodists and the Church of England. The longest-serving trustees at the New Room were vehemently opposed to this:

"We are determined, as a body, to remain in connection with the Church of England…. We have no design or desire to make our societies separate churches."

Nine of the trustees issued a decree saying they would not let Moore preach within the New Room because of his views:

"We the undersigned, being Trustees for the Methodist Preaching-House called the New Room in the Horsefair, and also for Guinea Street Chapel – Do give you this Notice, that you are not appointed by us to preach or expound God’s holy word in either of those places, and that no other person or persons have or hath any legal Right to make that Appointment but only we the Trustees, we therefore forbid and caution you against attempting Trespassing upon the above Trust Premises, as you will answer it by your peril."

This unprecedented legal document, which asserted that a chapel rather than Conference could determine who preached within a building, was signed by Henry Durbin and William Pine, men who had worked very closely with Charles Wesley, and seven others: John Curtis, William Green, Daniel Lane, Nathaniel Gifford, Daniel Wait Junior, Thomas Roberts, and Edward Stock.

Moore ignored this decree and went to the New Room to preach, saying Conference had given him authority to do so. When the nine trustees denied him access to the pulpit, Moore invited all those who normally worshipped at the New Room to join him in a communion service at the Portland Chapel. About one hundred members left with him, ‘hissing, hollowing and clapping their hands’. Some of these undoubtedly disagreed with the nine trustees and supported Moore’s stance, but it is likely some may simply have been annoyed that the nine trustees had challenged the authority of Conference without first seeking their approval. Moore persuaded those who had left to start building the King Street Chapel as a rival preaching house next door to the New Room and this move was supported by Coke and other leaders who were keen to create a separate Methodist Church. Adam Clarke, for example, famously commented: ‘No trustee shall ever rule me; I will beg my bread first.’

Moore opposed the 1795 Plan of Pacification, which attempted to reconcile the differing sides in Methodism, and he was glad when a separate Methodist Church was created in 1797. He was elected as President of the Conference in 1804 and he worked in a variety of places, including Leeds, Bath, and London. The creation of the King Street Chapel was followed by other steps that eventually led to the closure and sale of the New Room in 1808. In 1812 Moore caused a similar if less spectacular stir at the City Road Chapel over his right to preach wherever he chose when some opposed his preaching there. Understandably it was said that to drive Henry Moore to accept something he did not agree with ‘was beyond the power of any man’.

Moore’s wife died in March 1813 and he married a middle-aged woman from Bristol called Ann Hind, who had her own independent fortune. He then worked in Liverpool, Birmingham and York before returning to Bristol in 1820 for three years. He was again elected as President of the Conference in 1823. By then he was seen as being one of the key creators of the Methodist Church. The rest of his life was spent in London and much of his time was given over to writing. This included producing a biography of the distinguished Methodist leader, Mary Fletcher, and, in 1824-5, a better researched biography of John Wesley. However, he continued as a full-time preacher until 1733. Shortly after his retirement Moore’s second wife died in August 1834.

Moore continued to occasionally preach until he had a stroke that left him paralysed in 1842. As the last survivor of the men that John Wesley had ordained, he was hailed as ‘the most venerable patriarch of Methodism’. He died from a further stroke in April 1844 at the age of 93. Today he is best remembered as the person who bequeathed to the Methodist Church John Wesley’s ‘Field Bible’, a bible that Wesley had given to Moore when he acted as his travelling companion in 1788. It is often assumed that the name ‘Field Bible’ refers to the fact it was used by Wesley when he preached in the open-air, but in fact it refers to its publisher. The small format Bible had come into Wesley’s possession in 1766 and it dated from 1653 when it had been produced by a printer called John Field. Wesley’s Field Bible is still handed down from President to President at the opening of each annual Methodist Conference.

Above - Portrait of John Wesley’s death by John Sartain (CC BY 4.0 license - credit to John Sartain) 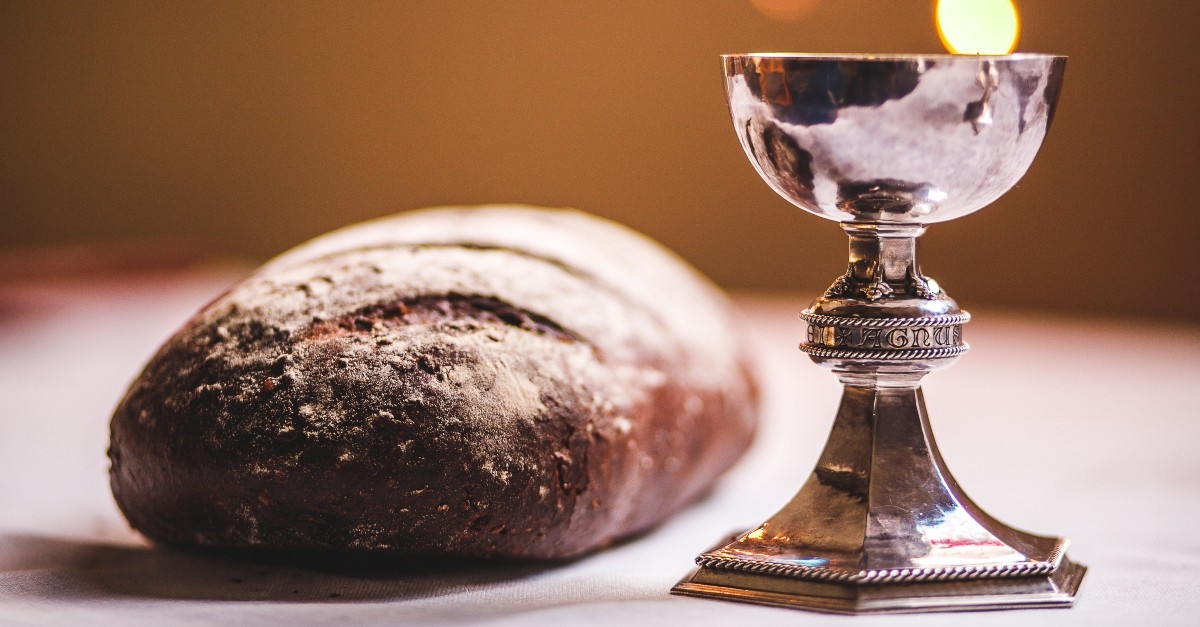 Above - portrait of King Street Chapel - 1893 Wesley His Own Biographer 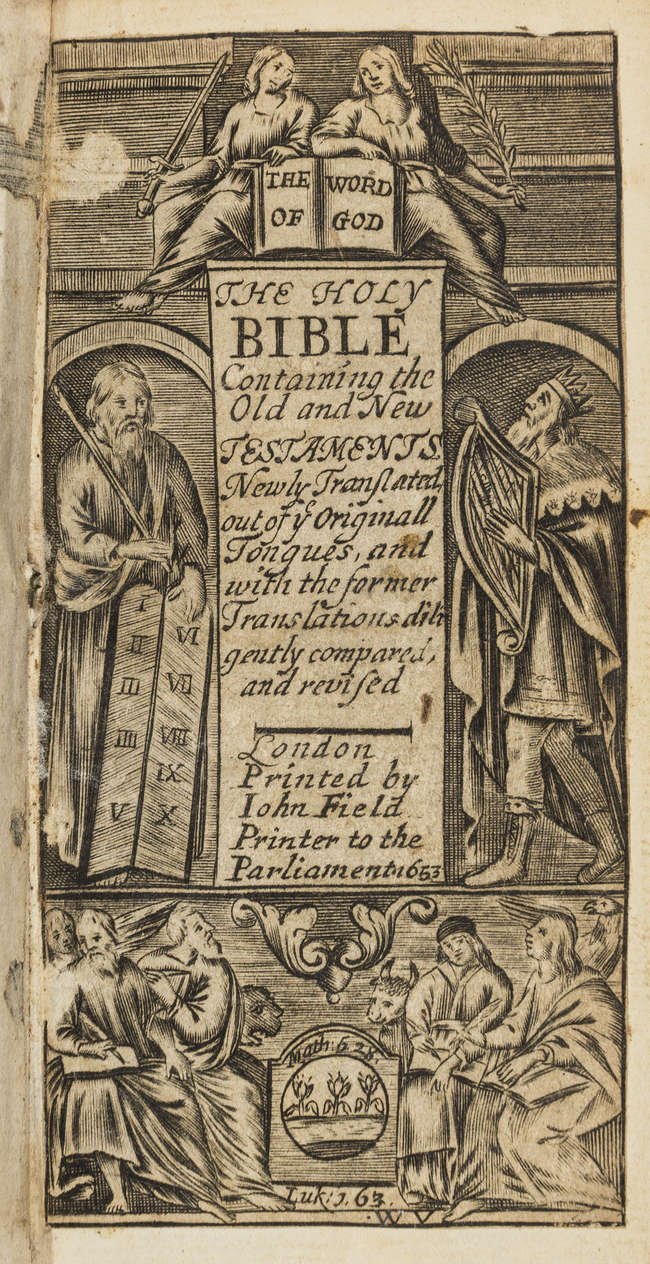 Your ticket for: The life of Henry Moore

The life of Henry Moore