Margaret Harwood was the pen-name of Mrs Sybil Fern Haddock (1887-1979), who was best known for writing the Methodist Recorder column, ‘Margaret Harwood’s Correspondence’ which ran from 1937-1975. Sybil, originally from Yorkshire, was the wife of a village schoolmaster from the Isle of Wight where she lived for nearly 70 years.

The agony aunt style column answered questions from a variety of readers both men and women who wrote in with their frustrations and ponderings. Subjects ranges from marital and relational challenges to questions about life, faith and society.

In October 1939 at the start of the Second World War, Margaret comments that she is getting more posts than ever before, and she is particular keen to point out the tragedy and trauma women have experienced during war-time. In the 7 December 1939 edition she notes that many women not only lost their husbands in the last war, but are now sending their sons off to fight in this one. She wonders, “…whether the sufferings of women are realised quite as they should be”.

Further articles share very practical challenges and irritations with war-time efforts. Not one correspondent had a good word to say about the evacuation scheme and many people were bemused by efforts to darken windows during the Blitz. One woman even painted the bulb in her bathroom blue. She states, “I was very pleased until the bulbs began to smell and steam”. Others found the darkening of windows an irritation saying, “…drawing pins seems to wander about the house like living things, and the only way they are found is when someone sits or stands on them!” One comment expressed by many was that the introduction of all this darkness was having a detrimental effect on their mental health. In her column Margaret Harwood spoke to ordinary Methodists who, like us, struggled with the day-to-day of living in a world filled with heartache, trial and frustration. Her positive and caring affirmation brought light and hope to families across our nation during dark times.

To find out more about the lives of ordinary Methodists during WW2 and to read more of Margaret Harwood’s columns, please visit John Wesley’s New Room Library. The library is open Monday, Tuesday, Wednesday and Friday mornings, 10.30am-1pm. 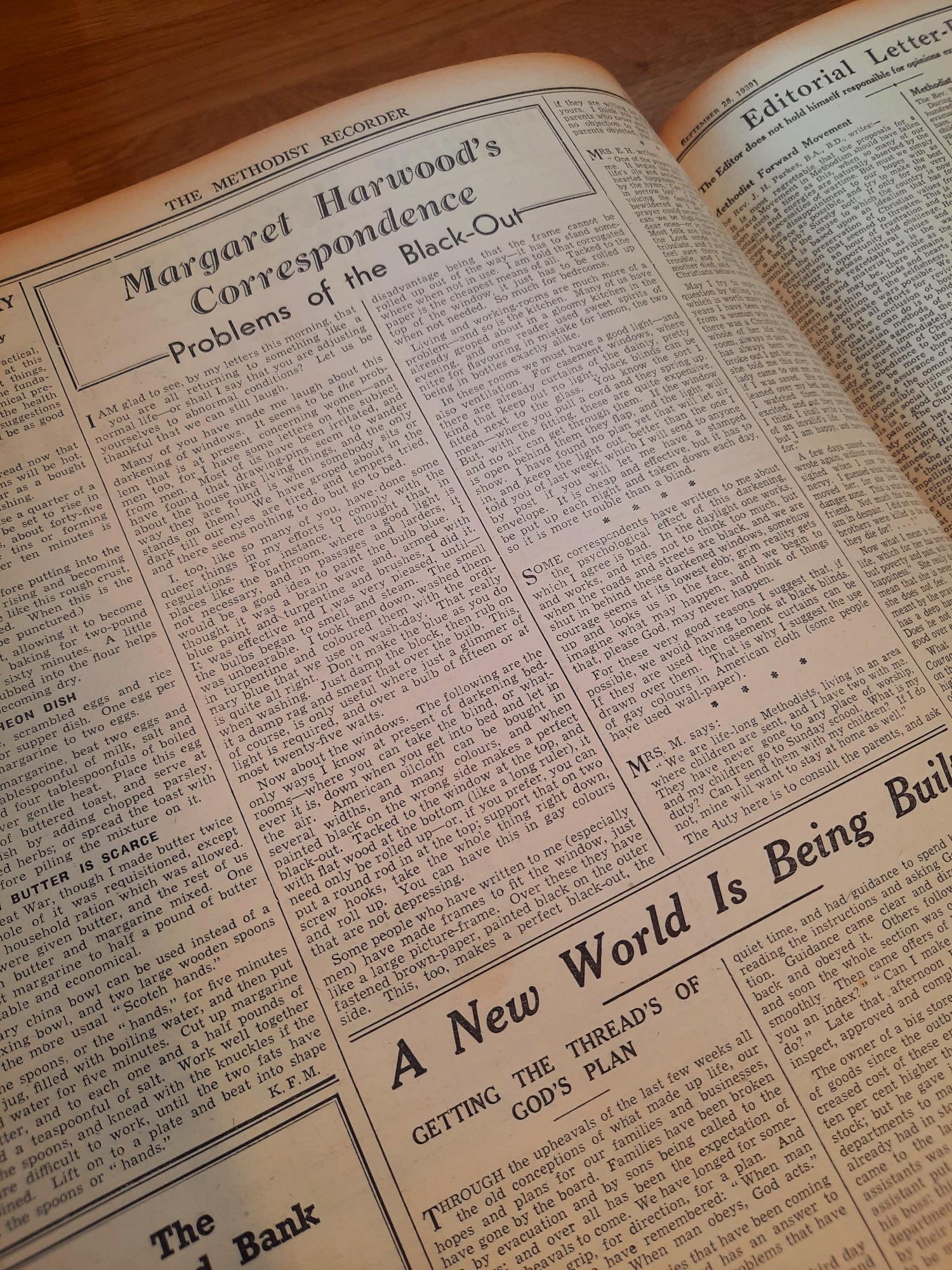 Your ticket for: Remembering Margaret Harwood’s Correspondence during WW2