In April I had the pleasure of interviewing Susan Sayers, one of the New Room’s education volunteers, to discover what her role is all about. But first, I wanted to gain an understanding of her motivations for volunteering. We conversed in the Chapel Meeting Room. Friday communion had just ended and the table we were sitting around was laden with red prayer books. I asked Susan whether she could tell me a little bit about her personal history and was intrigued to find out that her family had long-standing links with Bristol’s shipping industry.

Susan informed me that, on her mother’s side, she is descended from an old Bristolian family called the Andersons, who were ship carvers, owning a yard in the Hotwells. A well-known figurehead built by them was that of the S.S. Demerara, a steam ship launched in 1851. The figurehead itself represents a mythical Caribbean chieftain. Only a small fragment remains of the original work, but a replica can be seen on the facade of the Drawbridge pub, next to the Hippodrome. Susan’s parents met during the Second World War while her father was on leave and got married a few years later.

My parents met completely by accident. My mother and her family were Bristolian. My father was from Manchester. During the Second World War, in 1944, as a young man he was sent to Bristol for training before continuing to Italy. One evening my mother went to a local dance. By chance, my father and his friend had a few hours of leave and so they went to this dance too. That was where my mother met my father. Within a couple of weeks he was off to Italy, but they kept in touch and got married in 1948.

Susan’s connection to the New Room stems from memories of her childhood. While born in Manchester, Susan spent most of her early years in Bristol with her two younger siblings, Pat and Tony. She fondly recalled her mother packing sandwiches and taking them on excursions around the city during the school holidays. The New Room would always be on their list of places to visit.

My mother loved the New Room. She loved the beautiful chapel and was very fascinated by John Wesley for his interest in the poor.

For both Susan and her sister Pat, who also volunteers, their mother’s fondness of the New Room is one of the reasons they were drawn to volunteering there. ‘It was because of mum,’ Susan told me, smiling. Funnily enough, they began volunteering at roughly the same time without knowing the other was doing so! They also attend the community choir together.

Susan began as a general volunteer in 2017 but, due to her background in teaching history, later decided to help supervise the education side of things. Before retiring, Susan had been a history teacher, educating hundreds of pupils in both Bath and Yate. Being a history enthusiast myself, I couldn’t help but linger on the topic a little longer, discussing with Susan the usefulness of history. She is firm in her belief about the value of the subject to human society. One of the quotes she used to keep on her classroom wall succinctly expressed this conviction: ‘History is the memory and conscience of humankind.’ I then asked her about her favourite period of history. She laughed, ‘I like it all! It really depends on the mood I am in.’

Susan’s role as an education volunteer is centred around assisting Mandy Briggs, the education officer, facilitate school trips to the New Room. School pupils visit the New Room to learn about all sorts of things, from Methodism and the Abolitionist Movement to healthcare and well-being in the 18th century. The museum also gives a glimpse of Georgian Bristol, which Susan emphasised was both distinct from and complementary to the neighbouring spa town of Bath, Bristol being ‘the conduit through which all building materials and luxury goods flowed into Bath.’ Most educational visits are from primary schools. Susan explained to me the types of activities they carry out, using her last volunteering experience as an example.

There was first a general introduction to John Wesley in the chapel. The volunteer I was with that day gave a short talk on what Bristol was like in the 18th-century. Then we put on some roleplay. One child was selected to be John Wesley and we helped organise a re-enactment of the sermon he preached against the slave trade in 1788, including the ensuing riot. The children really enjoyed it!

It was lovely to hear how much effort was put into making the trip engaging for children. After the re-enactment, the school pupils were able to explore the museum in pairs while answering a quiz sheet. In this way, they got to see everything the museum has on display, such as Thomas Webb’s eyepatch, John Wesley’s robes, a fragment of wood from the Epworth fire and even a stuffed puppy! Susan would help those who were struggling and then go through the answers with everyone. One of her own favourite aspects of the museum is the map of 18th-century Bristol that lies on the floor of one of the side rooms.

Unfortunately, the Covid pandemic had disrupted the frequency of school trips to the New Room, however, now they are again on the rise. In the meantime, Susan’s role has expanded into also producing resources for these visits, including quizzes, something she started pre-pandemic. My last question to her was something I ask all volunteers: what advice she would give to those considering doing the same role? After a moment’s thought, Susan said that ‘If you have an interest in history and learning and have a real enthusiasm for communicating this to young people, then you would enjoy working as an education volunteer.

Find out more about volunteering at John Wesley's New Room. 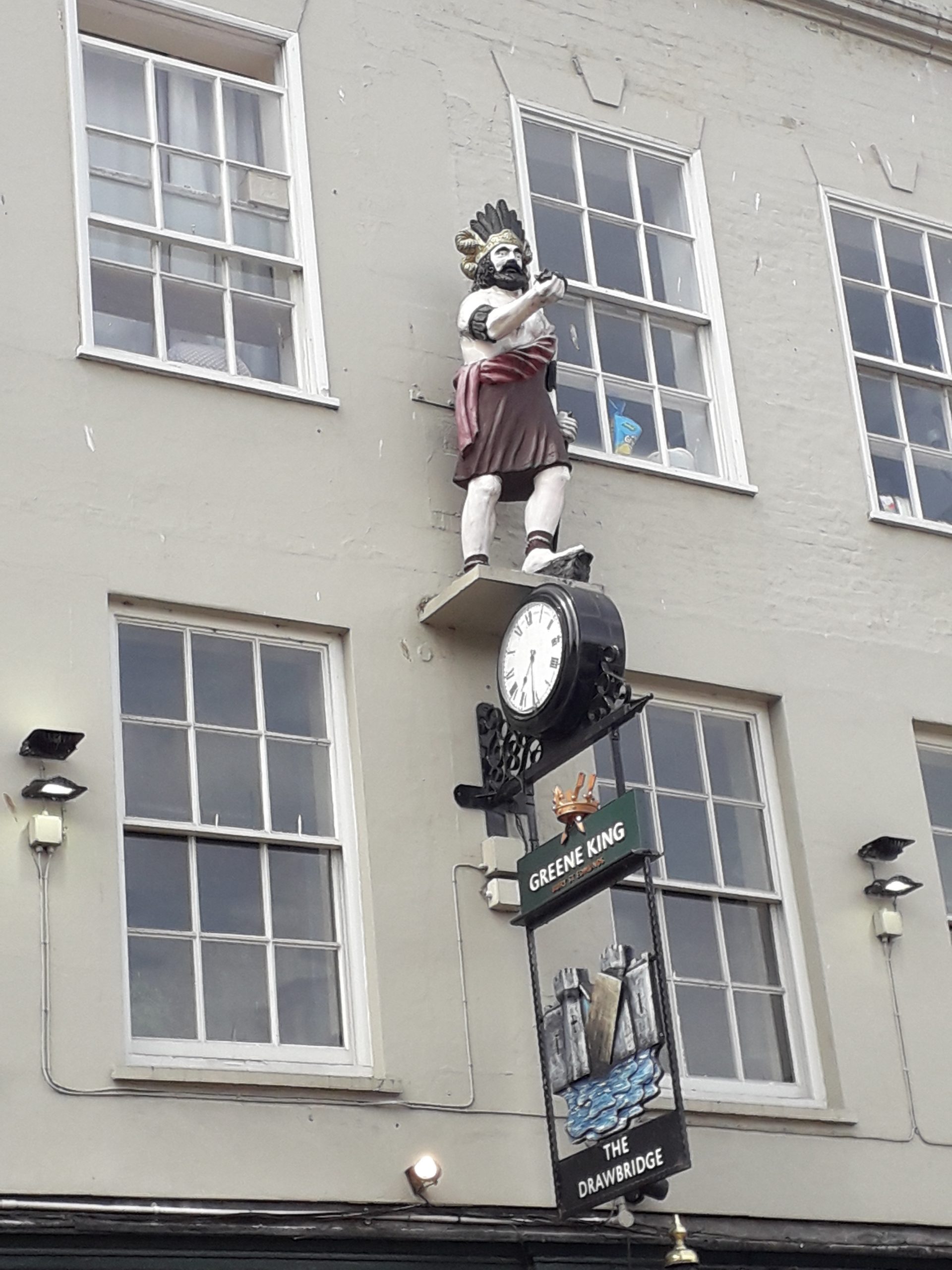 Above - Replica of Demerara figurehead 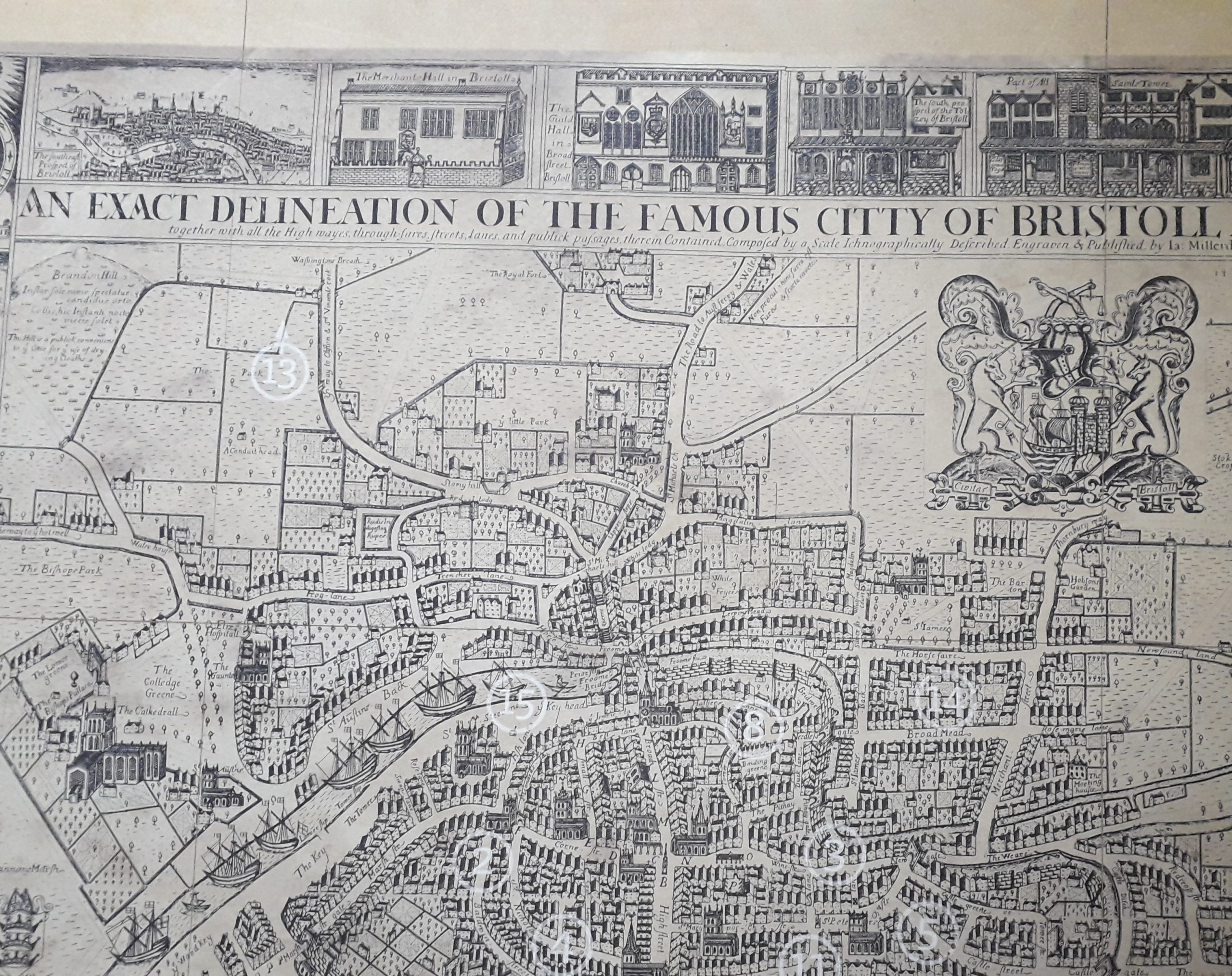 Above - Map of Bristol in the New Room museum 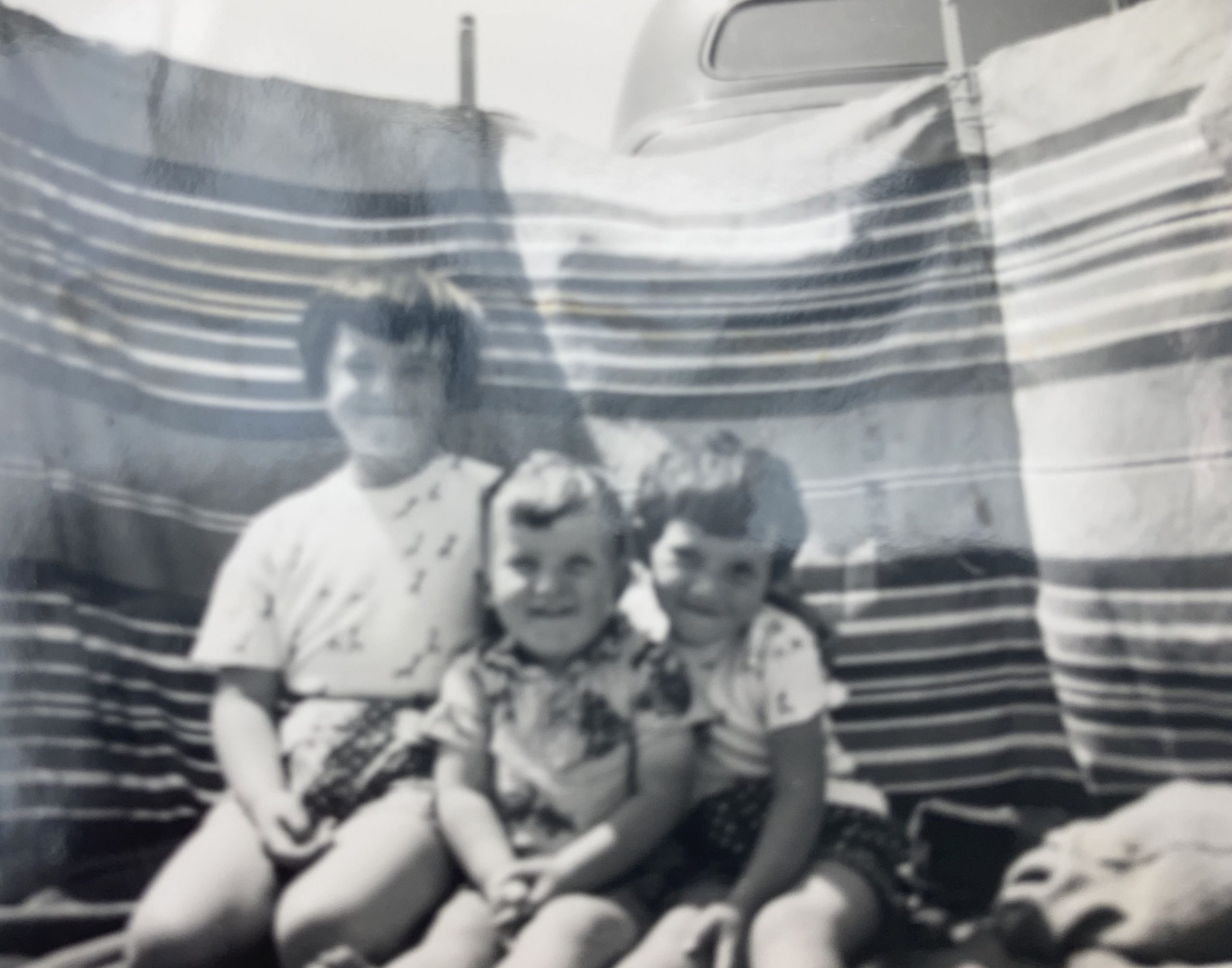 Above - Susan, Pat and Tony as young children

Your ticket for: Meet the Volunteers: Susan Sayers