“There is something quite powerful about going back to spiritual roots”: John Vickers on volunteering at John Wesley’s New Room

Recently, I had the pleasure of interviewing John Vickers, one of my fellow volunteers at John Wesley’s New Room. He has been volunteering at the New Room with his wife, Alice, for three years. On a wintry evening in late December, we had a lovely meeting on Zoom.  Our conversation covered a plethora of topics, from the joys of volunteering to the influence of Methodism in the North Pennines.

Having lived in the southwest of England for roughly 35 years, John has always been aware of the New Room, but his first opportunity to see it in person only arrived a short period before he began volunteering. I begin by asking him about his initial impressions of the building. After a moment’s contemplation, John replies that the thing he found most striking was its authenticity and peaceful nature, especially in contrast to the bustling Broadmead thoroughfare outside.

I was amazed at the chapel and how original and unspoilt it looked. Also, I had a sense of it being an oasis in the centre of Broadmead, which seemed to be very busy and noisy.

John’s first visit John Wesley's New Room took place after the completion of the new development in 2017. He remarks on the museum above the chapel in the old preachers’ rooms, newly installed as part of the renovation.

Visiting the museum the first time, again, the quality really struck me: how well it was laid out, how beautifully and creatively it had been put together, how attractive and interactive it was.

Although John is not a Methodist himself, some of his ancestors in northeast England were involved in the movement. It is fascinating to hear him describe the ways Methodism became infused into the daily lives of people in Durham and the North Pennines. He explains how the working class communities of many small, coal-mining villages were entrenched in Methodist ideals.

Particularly Methodists were instrumental in the early days of workers banding together to try and better their working conditions, better safety in the mines, better income levels, which were pretty poor at times.

John continues by describing how autochthonous lay preachers usually worked as overseers in the mines due to their status as local religious leaders and, if an accident were to tragically occur, that they would “go down to engage in the rescue.” Throughout the British Isles, this intimate relationship between religion and work was a notable hallmark of the movement, playing an inherent part in social patterns and structures.

One of the various volunteering roles at the New Room is greeting visitors in the chapel, and for John this is one of the most enjoyable experiences. He speaks with enthusiasm about the diverse individuals he encounters while on duty, varying from local shoppers to tourists from Africa, North America and Asia. One of the challenges for John is to “pick up where people are coming from and whether they have any kind of background in Methodism” to ensure they get the most out of their visit. For instance, while many individuals may know very little about Methodism—according to John, some even assume it to be a different religion!—others possess a deep spiritual connection to the movement. Therefore, visiting the New Room, the first building of Methodism, is a profound experience for some, occasionally likened to a pilgrimage. John recalls a verse from the Old Testament to try to describe this sensation:

As well as the perennial religious significance of the New Room, the building has also enshrined from the past other aspects of its original purpose, as conceived by the Wesley brothers. In their lifetime, not only did the chapel serve as a place of prayer, but also as a refuge for the socially isolated, such as the poor and runaway slaves. Its fundamental nature as a place of community and refuge continues in the 21st century. People of all backgrounds are brought together by a community choir and film club,  wherein numerous new relationships are forged. Meanwhile, the museum carefully preserves John Wesley's forward-thinking social beliefs regarding wealth and race, issues still pertinent in the modern day.

But while the New Room has preserved much of its original mission and structure, the former by its openness and religious spirit, the latter  with its Georgian influences, in Bristol itself much has changed. John likes to remind visitors of how different its surroundings would have looked three centuries ago, before the existence of today’s shopping centre.

It would have been filthy. There was a butcher’s just along the street. The eviscerated carcasses would have been there and the offal would have been spilling all over the pavement. You had the river flowing nearby, a very damp area, and probably run-down housing. You would have had the Newgate prison just across the road where the Galleries’ multi-story carpark is and scenes of real deprivation and human misery around.

Given such impoverishment and the particularly harsh conditions of 1739-1740, the construction of the New Room brought welcome and timely relief to the indigent, especially given the establishment of a food bank by the Wesley brothers. This is one of the historical aspects of the New Room John likes to emphasise when conversing with visitors.

The first chapel was the place where John and Charles were meeting the needs of some very poor people, and prisoners in Newgate prison who were facing death by hanging. [...] And that first winter the New Room opened [1739-1740] was one of the most vicious winters. It was only surpassed in 1963 in terms of the prolonged cold. And 1740 was the most horrendous year in terms of the mortality in the city because it was the driest summer on the back of the coldest winter. Crop failures, food supply, all of those things, the chapel was born into that situation. [...] It was the right time for the New Room to be born and for John and Charles to be working in Bristol amongst its people.

Being a new volunteer myself, I asked him if he had any advice for those considering joining the volunteer team. John makes it clear that one should not “be daunted by the fact that you feel as if you know nothing about the New Room or Methodism to start with.” In fact, volunteering at the New Room heralds the beginning of a unique “adventure”, accessible to everyone irrespective of their prior experiences with Methodism personally or academically. For John himself it piqued an interest in various aspects of the 18th century, namely social history, an interest manifested in his articles on prisons and prison reform. However, ultimately "it doesn’t really matter how much you can take onboard or not. There is an opportunity for everybody to contribute and to be a help to those who come and visit."

As well as volunteering, John has also written several articles relating to Methodism, Bristol and the 18th century, one of which is also featured in this newsletter. As any historian would know, researching an area of interest is very much a time-consuming affair, but the digitisation of primary and secondary sources has facilitated this process. “What would we do without the Internet these days!” John chuckles as he tells me the usefulness of modern capabilities like optical character recognition and the availability of PHD theses online.

John is currently completing a family of articles revolving around the concept of time. Together with his clocks and time-keeping article, he is writing one on French Ormolu clocks and overseas travel. I was intrigued to hear him explain the problems that plagued sea navigation in John Wesley’s generation.

One of the greatest dangers in seafaring in the late 18th century was the fact that ships could not accurately know their longitude position. They knew their latitude, how far north-south they were, but they never knew how far east or west, and so it was very easy to sail a ship in the middle of the night slap bang into land or a rock or something else because you just didn’t know where you were!

Towards the end of our conversation, John is keen to affirm the pertinent connection between time and Methodism. As he explains to me, one of the distinguishing features of John Wesley’s movement in relation to others was his acute awareness of time, in particular “the need to be a very good steward of time and not waste time.” The name of the religious movement itself arose from his strict, methodical approach to religious observance. John explains how he encountered this theme frequently throughout John Wesley’s journal and incorporated it into his clocks and time-keeping article. However, John is slightly disappointed not to have found anything in Charles Wesley’s hymns related to that very theme. He concludes with a smile, “I had to make do with a Baptist hymn writer in the end!”

Find out more about volunteering at John Wesley's New Room 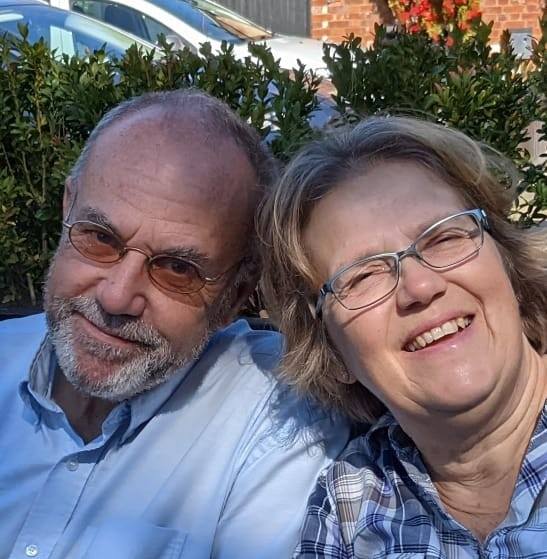 Above - John and Alice Vickers 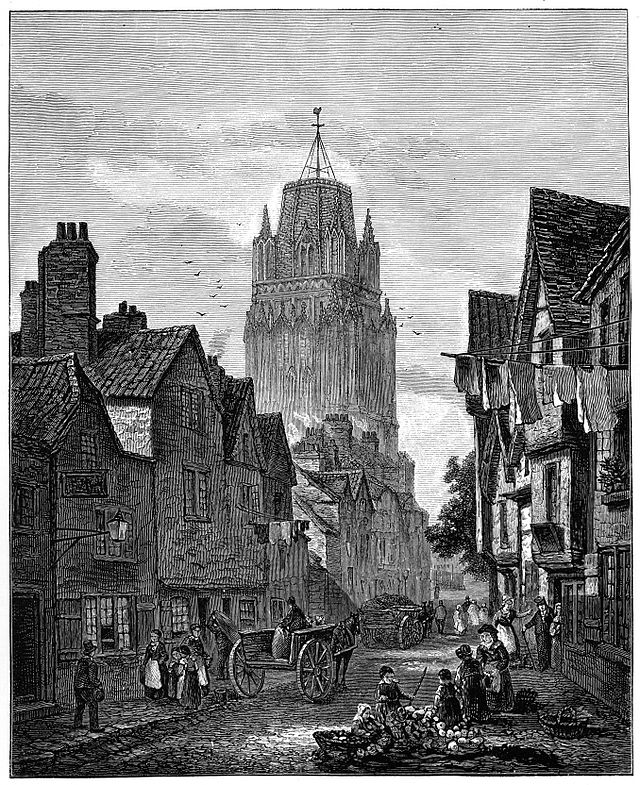 Your ticket for: Meet the Volunteers: John Vickers