"I always have been interested in costumes.": Glenys Hale on volunteering at John Wesley’s New Room

In late February I had a delightful conversation with Glenys Hale, who is a costumed interpreter at John Wesley’s New Room. On Tuesdays you may see her standing next to the metal gates in Broadmead, attired in Georgian apparel. Fortunately, due to the easing of Covid-19 restrictions, we were able to converse in person at the John Wesley’s New Room. She gave me an insight into the fascinating world of Georgian fashion, together with her own personal experiences as a costumed interpreter.

Glenys has a lifelong passion for historical costume. As well as the John Wesley’s New Room, she has also had costume roles at the Jane Austen Centre and No. 1 Royal Crescent in Bath, where she also guided. Her interest in this field began when she was only a 16-year-old schoolgirl in Newcastle.

One summer, just before we broke off for the holidays, one of the theatres in Newcastle was putting on a play – I think it was Pride and Prejudice. They asked if any of the girls would like to help out and I put up my hand immediately. So, for about three weeks, I learnt a lot from the dresser who was doing the costumes. That was where my interest began, but I didn’t realise that many, many years later I would still be doing it!

Glenys first came to Bristol in 1969 with a friend of her brother, who introduced her to John Wesley’s New Room. She remembers viewing the beautiful, Georgian-built chapel. And, just last year, she learnt, by a chance meeting at the Jane Austen Centre between her friend Martin and Louise from John Wesley’s New Room, that the museum desired a costumed interpreter. She began volunteering here in October 2021. Together with the historical element, she really enjoys being able to interact with the public. ‘Each day is different’ she told me. When she arrived in Bristol, however, people were initially quite surprised a Georgian lady was in town!

It’s a very different feeling between both cities. In Bath they are used to people walking around in costume. I used to go to Marks and Spencer in my costume and nobody ever took any notice.

Nonetheless, in Bristol passers-by have quickly become used to her friendly presence outside. In this role, she prefers not to get into character while in costume, as she finds this puts many people off. Instead, she talks about the John Wesley’s New Room and Georgian fashion, e.g. how people kept their clothes clean, where they were brought and how they were made. Sometimes, people merely stop by to ask for route directions or a recommendation. Other times, her interactions with the public have been quite amusing; once she was asked if she was a statue, and another time if she lived in John Wesley’s New Room! However, the individuals she encounters aren’t only those laden with shopping bags in Broadmead, but also those who just need someone to talk to. For example, one time, she spoke with a woman whose husband was in hospital and invited her to have a coffee inside the café.

All the costumes Glenys wears are either sourced from antiques fairs, where one can find many Victorian and Edwardian costumes, or specially made. When working at the Jane Austen Centre she wore clothes from the Regency Period and helped organise the annual Jane Austen festival, during which hundreds of participants take part in a promenade dressed in authentic Georgian dress. This was bolstered by the 90s television production of Pride and Prejudice starring Colin Firth. And she herself has also dressed up a few television personalities!

Glenys has also had some memorable experiences with the public at the Jane Austen Centre. Laughingly, she tells me of how she once met two ladies who tried to buy a novel written by the famous author but couldn't quite get the name right. ‘I haven’t got the novel Frustration,’ Glenys told them, ‘But I do have Persuasion!’ On a different day she almost had to deliver a baby, but luckily the ambulance services arrived in the nick of time!

I spoke to Glenys on a cloudy Tuesday afternoon and therefore she was in costume. Curious, I asked if she would go into some detail about what she was wearing. She explained how she was dressed in the typical attire of a Georgian housekeeper. In the Georgian period, housekeepers were usually in charge of the house. I was interested to learn that often this servant would have come from a fairly well-off family which had recently fallen into financial hardship. It was also fascinating to hear her account on how important fashion was in reinforcing the separation of roles and classes in society. The bonnet covering her hair, called a mob cap, is a brilliant example of this.

Obviously, the servants would wear this cap. If married, the ladies of the upper echelons also wore an indoor cap, but theirs would have been made of lace or fine linens. So their caps would have been very elaborate, while the servants’ would have been quite plain. But if you were a single lady you would not have worn the cap. [...] It saves you time from doing your hair, which is fantastic!

As Glenys explained to me, the reason for unmarried ladies not wearing a cap arose from the pressure on them ‘to show themselves off’ to men. Back then, marrying into wealth was obviously very important. Moreover, in the Regency Period (which arrived with the investiture of George IV as Prince Regent to replace his mad father), it was also conventional for girls to wear very pale colours as another indication of being single.

As well as a mob cap, Glenys’ costume consists of several layers, including a linen petticoat, knitted stockings, apron, cloak and fichu (French for kerchief). Furthermore, Glenys informed me that some women would have worn a bum roll, which, as the name implies, ‘meant you had a huge bottom!’ She also emphasised the clear distinction between the Georgian and Regency Periods in terms of clothing. For instance, in the latter period puff sleeves for women were very much in vogue.

Another intriguing fact of Glenys’ relates to silk dresses. Georgian ladies rarely washed due to a fear that hot water contained diseases. She told me how, given the consequent accumulation of sweat and the fact silk was not washable, this resulted in their dresses rotting under the armpits. Therefore, they soon smelt quite horrendous! And when too smelly these dresses were usually presented to their servants, giving an indication as to the nature of relations within a household. In particular, upper-class ladies had a close relationship with their personal maid (who were also known as ‘Abigails’, a reference to II Samuel in the Bible when Abigail refers to herself on four occasions as David’s handmaid). This maid would have assisted her mistress in all aspects of life such as bathing, dressing, and putting to bed. Whilst husbands and wives would have slept in separate rooms even into the 20th century (notably including the Queen and the late Prince Philip), Glenys explained how:

A personal maid would have slept at the bottom of their lady's big Georgian four-poster bed. There would have been a truckle bed which came out, which was a little bed underneath.

I finished our interview by asking Glenys what she does when it rains, as it often does in Bristol! She assured me that if the weather was too inclement, she would take refuge within the chapel, as I’m sure many others would have done hundreds of years ago. Her advice to anyone considering becoming a costumed interpreter is that, while it may seem daunting at first, so long as you like talking and listening to people it can be very enjoyable indeed!

Find out more about volunteering at John Wesley's New Room... 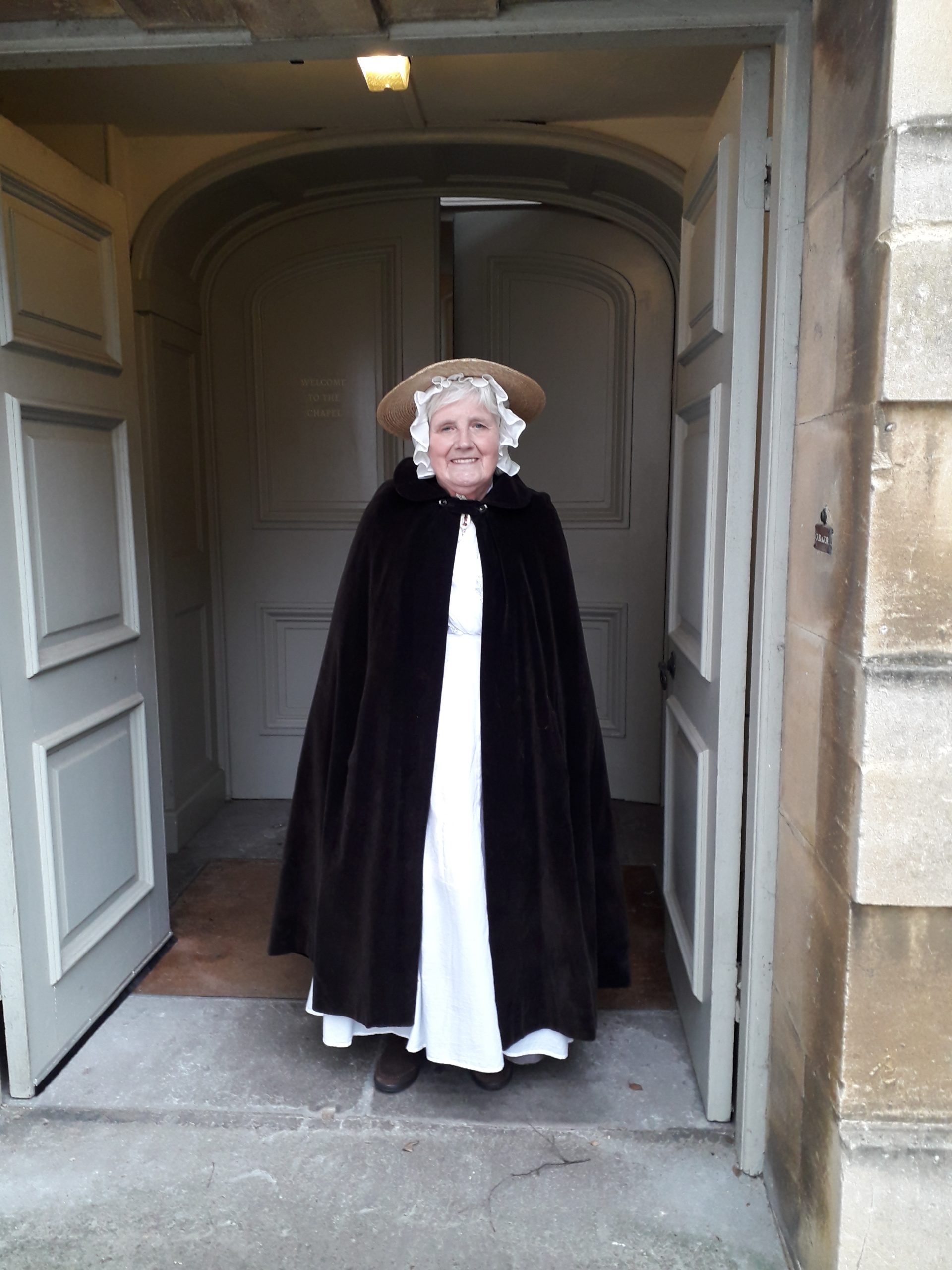 Above - Glenys in costume outside John Wesley's New Room 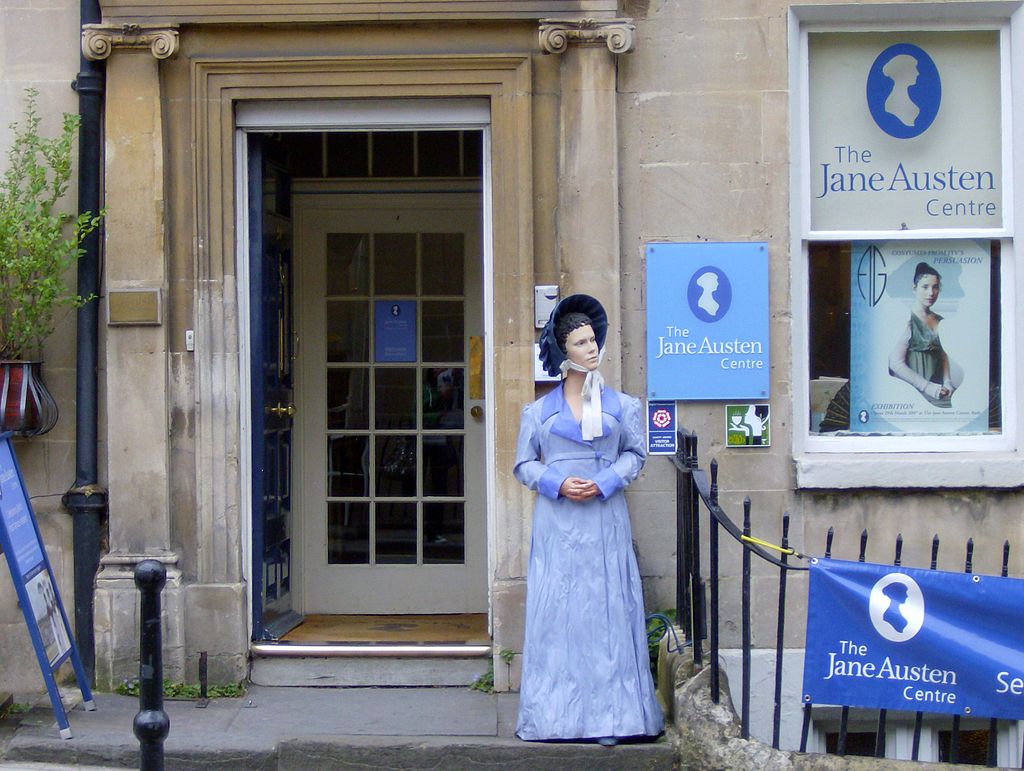 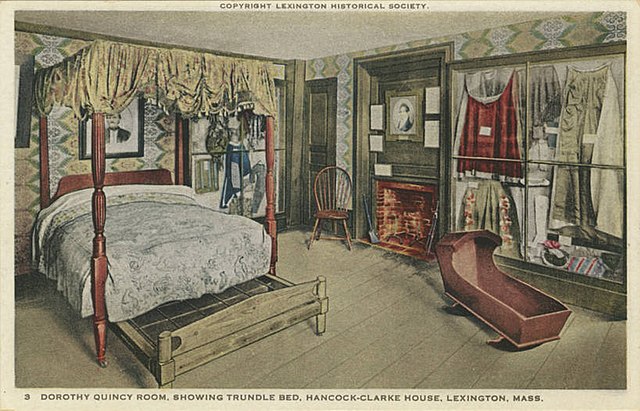 Above - Drawing of Trundle Bed

Your ticket for: Meet the Volunteers: Glenys Hale