Some of the artefacts that we hold at John Wesley’s New Room are large, like a bed or a chair. Some are tiny and yet have made an enormous impact on society.

This medallion is on display in the War and Slavery Room in our museum. It’s so small that many people miss it but it played a significant part in the campaign to abolish the transatlantic trade in enslaved persons in the 18th century.

The panel accompanying it, written by Gary Best, reads:

As a member of the Committee for the Abolition of the Slave Trade, the Staffordshire pottery manufacturer Josiah Wedgwood instructed his senior craftsman, William Hackwood, to prepare a medallion that would, like Wesley’s ‘Thoughts upon Slavery’, encourage people to join their campaign.

Hackwood produced a small cameo which featured a kneeling slave in chains and the motto “Am I Not A Man And A Brother?”

The medallion, first made in 1787, became a popular icon, worn in hatpins, brooches and necklaces and inset into other items such as snuffboxes. It was also turned into a coin, as this example shows.

Josiah Wedgwood was a great admirer of Wesley and his company was responsible for many items of ‘Wesleyana’ in the 19th century.

So why is this small item important?

For me, it shows the power of an image and a symbol to change people’s hearts and minds. The abolitionists didn’t have social media or electronic communications available to them but they created an image which caught the imagination of the public and challenged them to support change.

The medallion is not a passive object. Despite its gendered language, it asks a core question about the meaning and nature of humanity. At a time when enslaved persons were often brutally seen as less than human, bought and sold as property, this small medallion challenges those who read it to embrace a common equality. On the back, a simple inscription further makes the point: “Whatsover ye would that men should do to you, do ye even so to them”. It’s the classic Golden Rule – “treat others as you would want to be treated yourself.”

Slavery and Abolition is a popular topic for school groups who visit John Wesley’s New Room. This medallion provides one of the answers in a museum quiz that they complete during their visit. Classes learn about how Bristol merchants were involved in the transatlantic slave trade and how Wesley challenged that trade using source material from writers like Equiano and Benezet.

They find out about Wesley’s book ‘Thoughts Upon Slavery” and re-enact the ‘New Room Riot’ which broke out in 1788 when he spoke on slavery from the pulpit. Through this experience, pupils learn that John Wesley was a man who stood up for what he believed to be right. They are encouraged to consider what they would stand up for as well.

Find out more about the schools programme at John Wesley’s New Room.

Buy a copy of 'Thoughts Upon Slavery' in our shop. 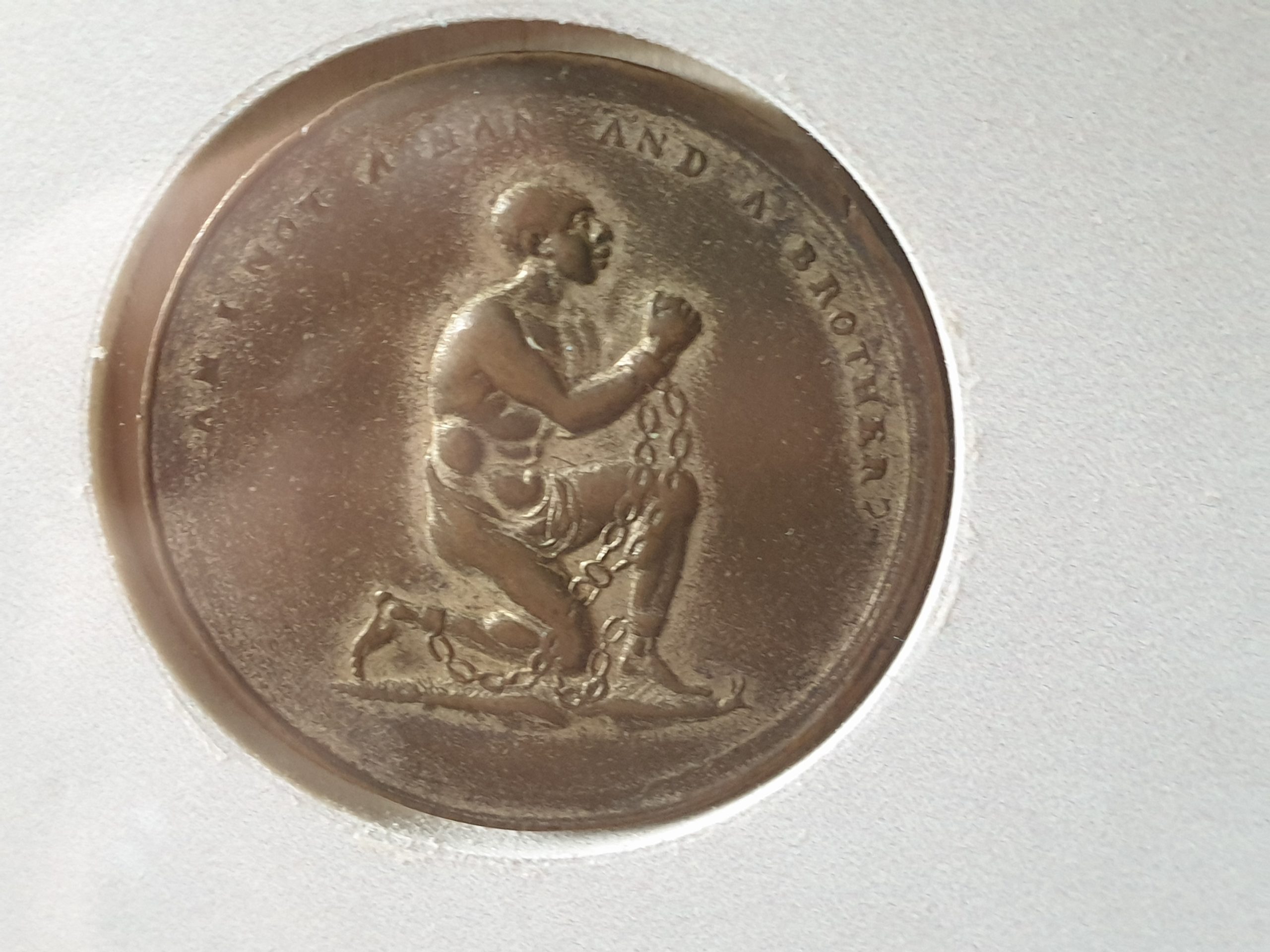 Above - "Am I Not A Man And A Brother?" medallion 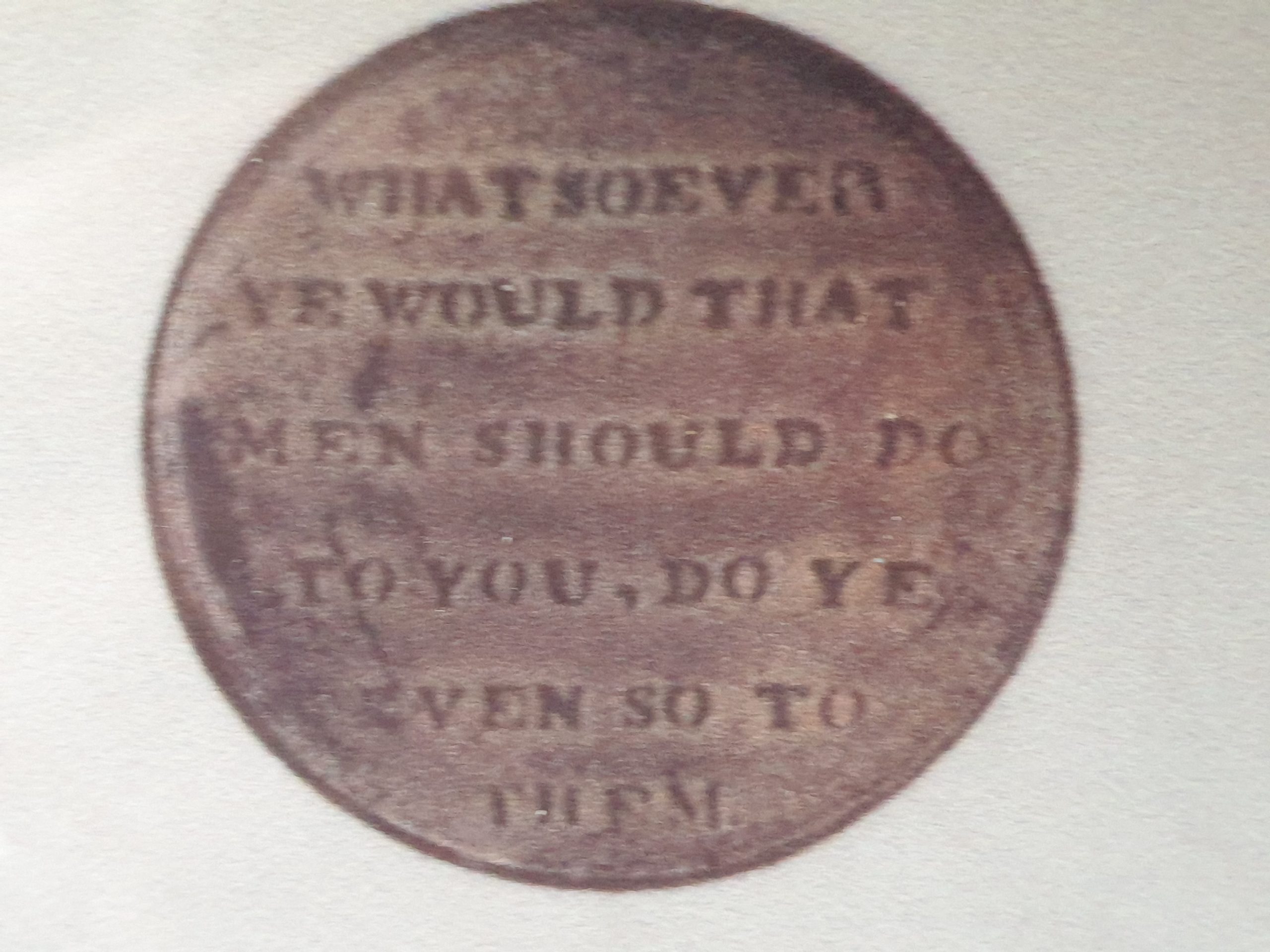 Above - "Am I Not A Man And A Brother?" medallion

Your ticket for: From Our Collection: Small Medallion, Big Message