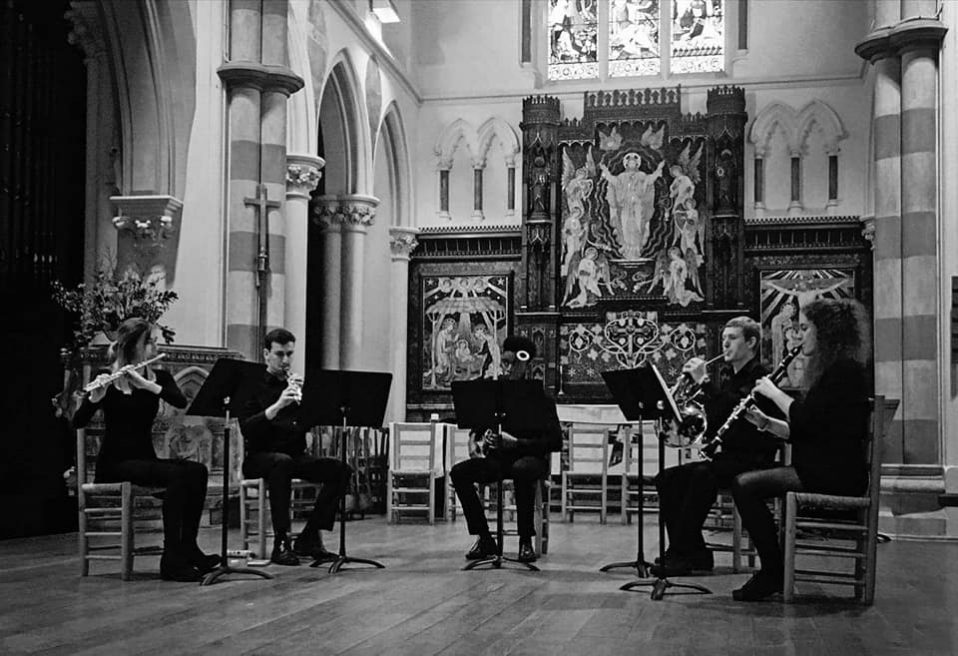 The Speranza Quintet is a newly formed wind ensemble consisting of five students from the University of Bristol. After recent success performing at the SS Great Britain, St Paul’s Church Clifton, and at the Bristol Royal Infirmary as part of their new arts programme, the group hopes to spread its wings and explore many of the amazing performance spaces in and around Bristol, as well as less traditional acoustics. The ensemble primarily focuses on repertoire from the classical era, while also enjoying many modern compositions and arrangements from all genres of music. 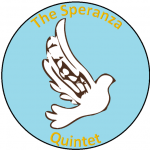 The recital starts at 1.30pm on Friday 25th January.
Speranza will be performing as a quartet due to oboist being injured.  Their repertoire includes:
Walckier Wind Quartet No. 4
Rossini Wind Quartet No. 1 and 2

To find out more you can find them on Facebook @TheSperanzaQuintet

Concerts take place in the chapel after our lunchtime communion service at 1pm.  Lunchtime recitals are free, with a retiring collection.

After gaining an A* in music A level and her Diploma for flute, Samantha began her studies at the University in September and was one of the first members to help establish the quintet. Her skills in performance have already been acknowledged by the University, taking the principal position in the wind orchestra (out of 26) and is currently being auditioned for a place University Symphony Orchestra.

Oboist: Benedict Dimond (sadly Benedict will be unable to play at this recital due to injury)

Having played with both the National Youth Orchestra of Great Britain and National Youth Orchestra of Wales, Benedict is likely one of the best Oboists for his age in the country. His talents have already earned him earned him a chair in the University Symphony Orchestra, principle position in the University Symphonia and is also a member of internationally renowned University Singers, run by David Bednall. Recently he has also run a very well received performance of Strauss’ ‘Serenade for winds’.

Being awarded a seat in the University Symphony this term out of over 20 auditioned, Megan is likely the top Clarinetist of her year in the University and is already excelling in her course at University, gaining top marks in recent assignments. Having been in the Quintet since the beginning, and also spearheaded the design for the group’s official logo.

Being the only member of the ensemble who isn’t studying music, Michael is an incredible player and has earned the Vice Chancellor’s scholarship from the University, awarded to exceptional performers who aren’t studying music. Taking a seat in both the University Symphony and Chamber Orchestra, he’s quickly rising the ranks as one of the leading players in the University.