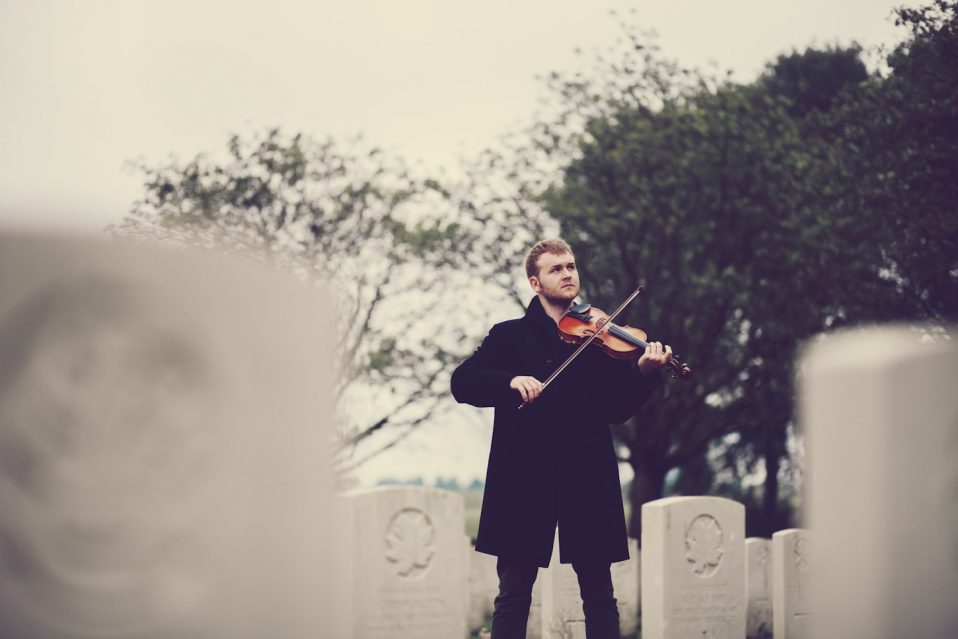 An intimate acoustic performance from Bellowhead violinist Sam Sweeney as he launches his solo album ‘The Unfinished Violin’.

A veteran of the mighty Bellowhead’s domination of British folk for ten years, artistic director of the National Folk Youth Ensemble, founder member of the acclaimed instrumental trio Leveret, and a superb instrumentalist at the forefront of the revival in English traditional music,Sam Sweeney has signed with Island Records to release his first solo album, The Unfinished Violin, an expansion and development of his acclaimed live show, Sam Sweeney’s Fiddle: Made In The Great War, which toured to great acclaim from 2014 to last year.

Appearing alongside Sweeney on the album are Rob Harbron, guitarist Jack Rutter, pianist Becky Price, double bassist Ben Nicholls and a brass and string section. It’s apt that the last recording sessions were at erstwhile Island stablemates Fairport Convention’s studio in Oxfordshire, underlining the label’s rich history in supporting British folk. Sam signed to the label following an appearance on BBC Radio 4, to talk about Made In The Great War. Island Records subsequently invited Sam to create an album of the kind of music Richard Howard’s violin would have played had it been assembled at the time of its making.

Alongside Bellowhead duties, Sweeney has also released two fine albums with Hannah James, appeared on albums and stages with the likes of Eliza Carthy, Fay Hield and Sam Carter, been a part of the acclaimed Full English project, won the 2015 BBC Radio 2 Folk Award for Musician of the Year, and since 2014 has toured and recorded with Rob Harbron and Andy Cutting as Leveret.

The Unfinished Violin is released on 2.11.18 on Island Records

Your ticket for: Sam Sweeney Album Launch – SOLD OUT