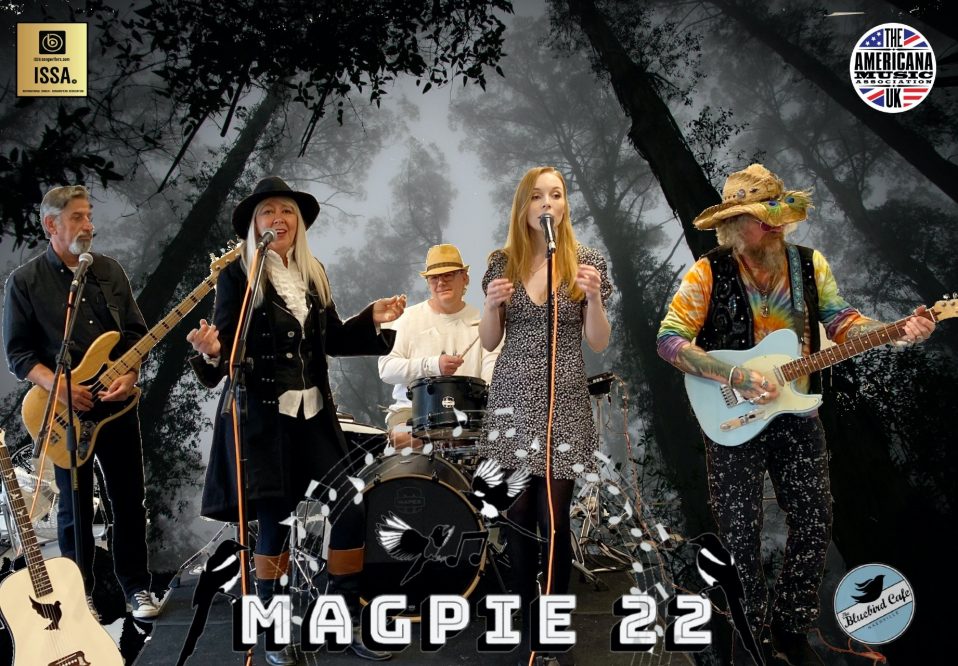 An evening of Americana from Magpie22 featuring Dawn Kelly & Neil Bailey as part of ‘The Asbury Crossing: Responding to Call’ celebrations.

No need to book – the event is free to access.

This event is a live stream event, meaning that you can watch the event happen in real-time, but on YouTube, from the comfort of your own home.

This year marks the 250th anniversary of Francis Asbury’s historic Atlantic voyage from Pill in England to Philadelphia in America in 1771. Asbury, who had been commissioned by John Wesley at the New Room in Bristol, journeyed to America to undertake a preaching ministry that led, in 1784, to the establishment of the American Methodist Church and Asbury being ordained as its first bishop.

Join us for an evening of folk Americana from Bristol-based Magpie 22 performing a selection of original compositions, covers and spiritual songs reflecting the themes of travel and the sea.

Since meeting just over 3 years ago, singer-songwriter Dawn Kelly and songwriter-guitarist Neil Bailey have packed a lot in. As mature musicians each with a track record of touring and studio work behind them, they wasted no time in writing, performing and producing their own original material. They released their debut live EP (These Kind of Days) in 2018, followed by singles Cowboys and Indians and Leaving Arizona plus a string of vibrant videos.

In 2019 they spent a month in Nashville playing at the iconic Bluebird Café (twice) and a host of popular venues including Radio City Café. Their songs are original, fun, thoughtprovoking and catchy and they are fast becoming one to watch. BBC radio Bristol’s Adam Crowther loved their songs and likened them to KT Tunstall’s acoustic hits; BBC radio Somerset’s Luke Knight recently did an in-depth interview with Dawn and played their latest single, “Crossroads” saying it was a great tune and that he really admired MAGPIE22.

Despite the restrictions of Lockdown, Dawn, Neil and harmony singer Amy Bartlett began work on a live video album at Bob Harris’s Under the Apple Tree studio, produced by Bob’s son Miles Myerscough Harris. They’re currently rehearsing with new bassist Chris Crooks and drummer Kris Cameron for their forthcoming live performances around Bristol and the UK. All of them will be heading to Under the Apple Tree in mid-July to complete the new live album. Their latest single Crossroads, a tribute to Blues legends Robert Johnson and Bessie Smith is out now.

Your ticket for: Magpie22 – The Asbury Crossing celebrations