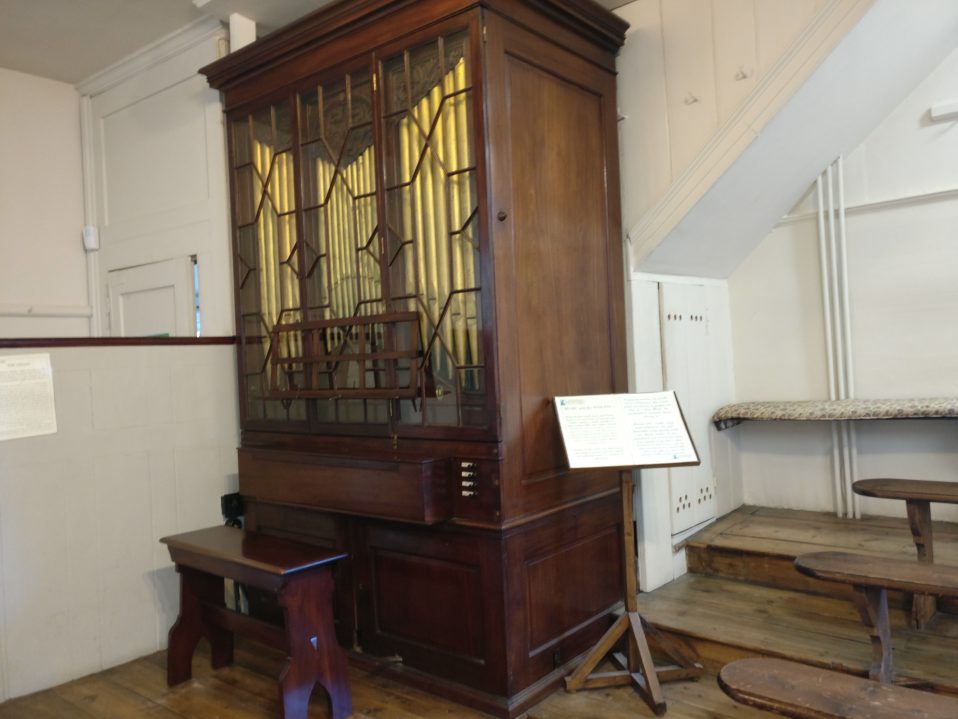 James’s responsibilities at Clifton include teaching academic music, coaching chamber ensembles, musically directing theatrical productions and the orchestra, and serving as the College Organist on the 4-manual Harrison and Harrison in the chapel. He enjoys composing and arranging for school concerts, recent creations ranging from a quintuple-time version of ‘God rest ye merry gentlemen’ for jazz trombone and clarinet with strings, to a Toccatina for organ on ‘Summer nights’ (Grease).

Outside of Clifton College he has given solo recitals at Truro and Bristol cathedrals, Exeter College Oxford, and St Mary Redcliffe. He is President-elect of the Bristol and District Organists’ Association. James is also a keen piano accompanist, and has appeared in this role at festivals around the country and on BBC television and radio. He is an English tripos graduate of Pembroke College Cambridge, and a prize-winning Fellow of the Royal College of Organists

Friday 30th August at 1.30pm.  Played on the 1761 chamber organ made by John Snetzler.  Free concert with retiring collection.