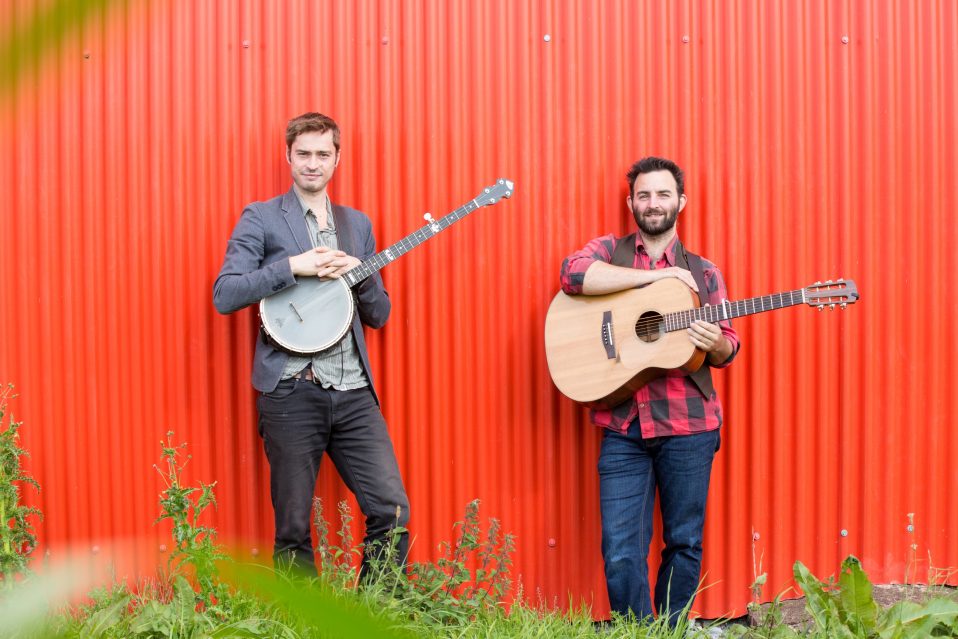 Jimmy Aldridge & Sid Goldsmith are one of the finest duos to have emerged onto the British folk and acoustic scene in recent years. Their unique ability to make old songs seem relevant and new songs sound ancient has brought them widespread critical acclaim.

Jimmy Aldridge & Sid Goldsmith‘s most recent album ‘Many a Thousand’ was released in autumn 2018 and accompanied by an extensive UK tour. The new material includes more original compositions with reflections on the modern world and storytelling that gets to the heart of life in Britain today. The original material sits alongside some unearthed gems from the British and Irish folk canons delivered with powerful harmony singing and sensitive musical arrangements.

The duo’s live performances are a celebration of traditional music but there is also a deep integrity and sincerity that stems from their passion for the social themes within the music. There is a common thread of political struggle, resistance, and justice as well as the occasional love song. Their shows manage to be both hard-hitting and uplifting and it is this ability that justifies their reputation as two of the most exciting musicians and social commentators on the scene.

‘To be a great folk singer, you have to be a great storyteller, as Jimmy Aldridge and Sid Goldsmith are clearly aware. The duo are both fine singers and multi-instrumentalists.’ The Guardian

‘Observations about modern life blend seamlessly with traditional material, delivered with rare poise and delicate musicianship. What particularly stands out on all the self-penned numbers is the duo’s ability to treat contemporary subject matter effectively in folk music.’ ★★★★ Songlines

‘Determinedly forthright singing and empathetic arrangements give a compelling intensity and freshness…This, their second album, deserves to propel them substantially further into public consciousness.’★★★★★ fRoots

If you purchased tickets for the original gig on 26th March 2020 and are unable to make the rescheduled gig, please contact us to arrange a refund by emailing your name and order ticket number to info@newroombristol.org.uk

Your ticket for: Folk at the New Room: Jimmy Aldridge & Sid Goldsmith