From our Collection: Elizabeth Harper’s Journal

Women in the 18th century had few ways of expressing themselves, especially within the public realm. Apart from the wealthy and well connected, the voices of women from the lower orders were seldom heard. Extracts of journals published by John Wesley were a notable exception. This particular publication, printed in London in 1796 shares an imitate account of the life of a young woman called Elizabeth Harper from Penzance.

John Wesley prefaces the published extract with a summary of Elizabeth Harper’s background. He says she was a ‘plain woman’, and that the journal was merely ‘written for her own use’. He goes on to say that this has been written ‘without any advantage of education’. Wesley then paints for his readers a picture of her character. He praises Elizabeth for her meekness, gentleness, and humility.

Her journal is largely a testimony of her faithfulness and reliance on God in all things. Throughout her writing she praises God for his goodness and love, despite her ill health. At times she also speaks of her transgressions, noting when she has spoken too harshly, or suffered frustration with her family for not getting up early enough to hear the preaching. In all respects her journal is very honest and humbling. She even jots down practical entries, including how she used oil-caste (castor oil) on her bonnet to keep off the rain or how she dressed the meat for dinner.  There are times when she is ‘heavy in spirit’, and as her illness progresses she has ‘hardly any power to pray’ and is ‘fatigued in body’. Elizabeth never shies away from the harsh realities of life, yet it is clear that it is her faith which strengthens her beyond all despair. A remarkable, ordinary young woman from Cornwall, who, following the printing of her journal, no doubt brought encouragement and perseverance to countless Methodists thereafter. 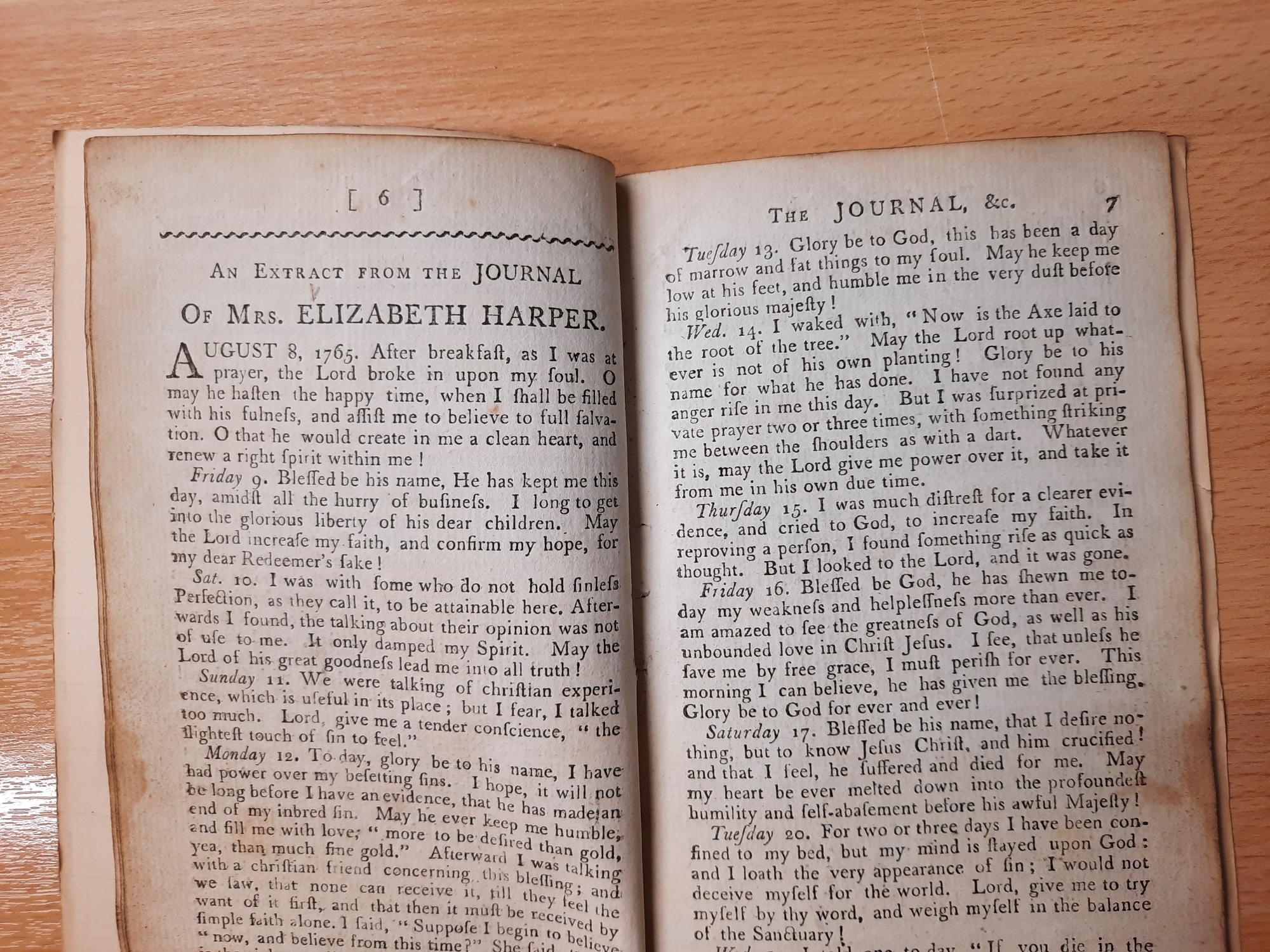 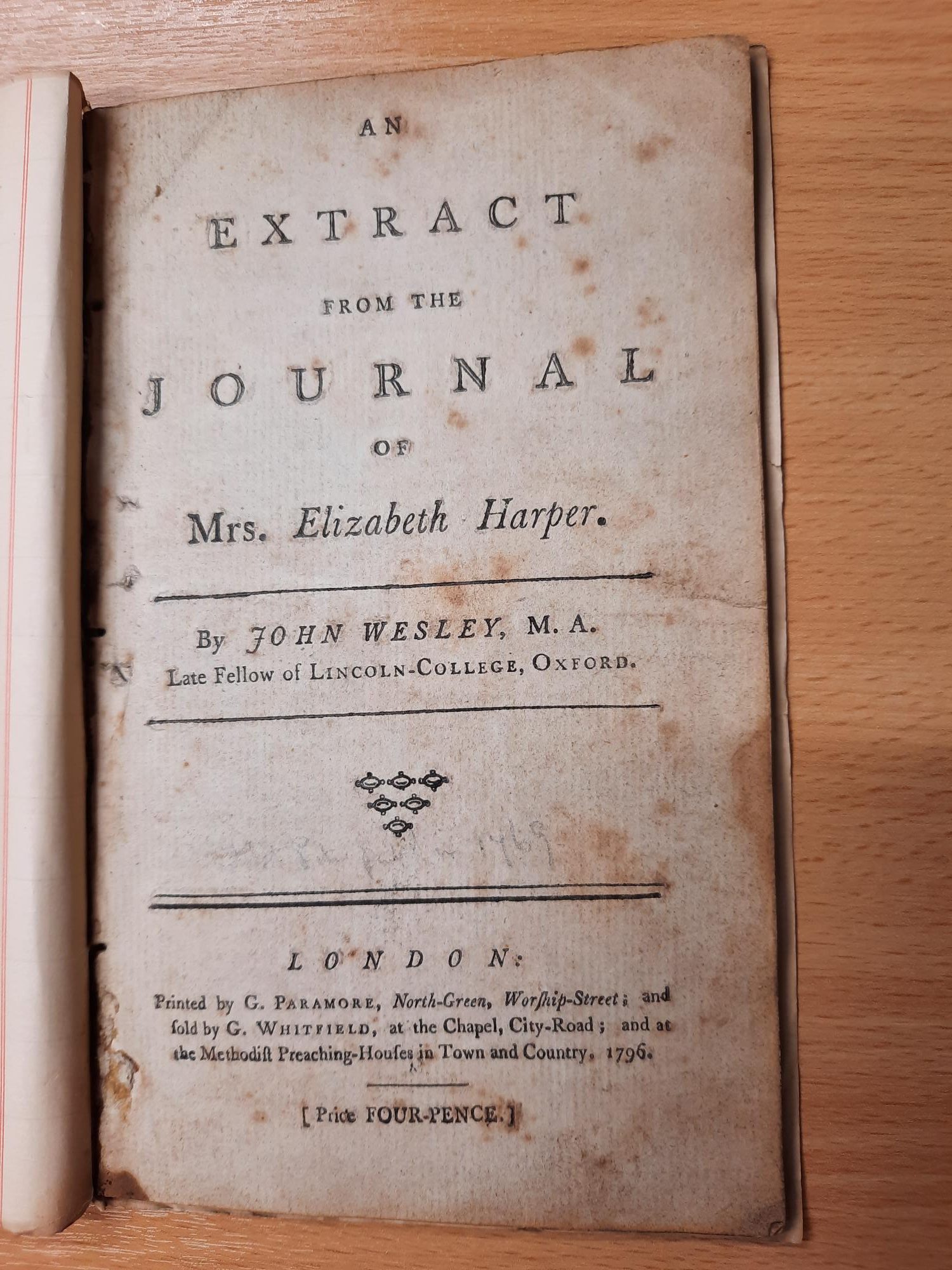 Your ticket for: From our Collection: Elizabeth Harper’s Journal

From our Collection: Elizabeth Harper’s Journal