Clocks and Time-Keeping in the 18th century

Clocks and Time-Keeping in the 18th Century

Historical Background: Sundials, candles, hourglasses, bells marking the offices of the church, and the daily curfew[1] had been used to mark time for centuries. Mechanical clocks had their advent in European churches and cathedrals in the fourteenth century.[2] Portable timepieces became possible with the invention of the mainspring in the early 15th century. German clockmaker Peter Henlein (1485-1542) is often credited as the inventor of the ‘watch’—effectively a small clock worn as a pendant. Poor accuracy persisted in mechanical pieces; clocks and watches were mainly ornaments or novelties. Typically, they had only an hour hand, needed frequent winding and some had a daily error of several hours. Even so, they were popular for the wealthy to own as a status symbol. We hear an echo of today’s preoccupation with mobile devices, in the words of Samuel Pepys from May 13th, 1665:

‘But Lord, to see how much of my old folly and childishnesse hangs upon me still, that I cannot forbear carrying my watch in my hand in the coach all this afternoon, and seeing what a-clock it is 100 times. And am apt to think with myself: how could I be so long without one—though I remember since, I had one and found it a trouble, and resolved to carry one no more about me while I lived.’[3]

A Time of Technological Advances: A big step forward in the accuracy of clocks came mid-1600s and this would fuel a national fixation with timepieces and timekeeping through the 18th Century:

‘the distinctive and pervasive fixation with time and time-telling that characterized the long eighteenth century was directly prompted by the horological revolution of the 1650s, when Christiaan Huygens introduced pendulum clocks and watches with balance springs, thereby reducing the daily inaccuracy of such timepieces from minutes to seconds.’[4]

The long-case clock in the Common Room (1670), regulated by pendulum, is therefore ‘new technology’ yet carrying over the older single-handed face.

Escapements were developed to regulate the transfer of stored energy more accurately and efficiently (e.g. anchor, c. 1670; dead-beat, 1715; detent, 1752). The invention of the gridiron pendulum (Harrison, 1726) provided a simple temperature compensation ensuring accuracy all year round. Minute and second hands were added to display smaller temporal subdivisions (c. 1680 onward) which had now become meaningful. Without doubt the greatest horological advance came with the work of Yorkshire carpenter John Harrison (1693 – 1776) and his attempt to solve the longitude problem—essential for safe navigation at sea. While the scientific community pinned its hopes on being able to determine longitude through astronomical observation and complex mathematics, Harrison believed that a practical solution could be found by developing an accurate marine chronometer. His work of some 31 years culminated in his great ‘sea watch’ of 1761 which was trialled by the admiralty and lost only 5 seconds on a voyage to the West Indies of 81 days and 5 hours, equivalent to a longitude accuracy of 1 nautical mile.

The pace of development was, in historical terms, breath-taking. Master practitioners such as Thomas Tompion, Daniel Quare, George Graham, Thomas Mudge, John Arnold, and Thomas Earnshaw, helped Britain establish itself as world leader in timepiece manufacture. Such was the reputation and dominance of the English that the export of empty cases or dials carrying the maker’s name was forbidden by statute to prevent inferior foreign movements being fitted and sold as English pieces. There was a ‘grey’ market in Amsterdam where counterfeit watches carrying English makers’ names (Tompion, Windmill and Quare) were to be found.

Watches made in Clerkenwell, London, before the ruinous but short-lived clock and watch duty (1797-8), were estimated at 120,000 per year: 70,000 for export and 50,000 for the home market. This gives an idea of the ubiquity of watches. By the last quarter of the 18th Century, watch ownership had become de rigueur in the middling class.

John Vickers, January 2022.
John is a welcomer volunteer at John Wesley's New Room - find out about his experience of volunteering here.

[1] Couvre-feu: the ancient fire safety precaution of extinguishing all naked flames at 8pm in preparation for the night, dating back to William the Conqueror

Above - Watchmaker at work, 1748 engraving 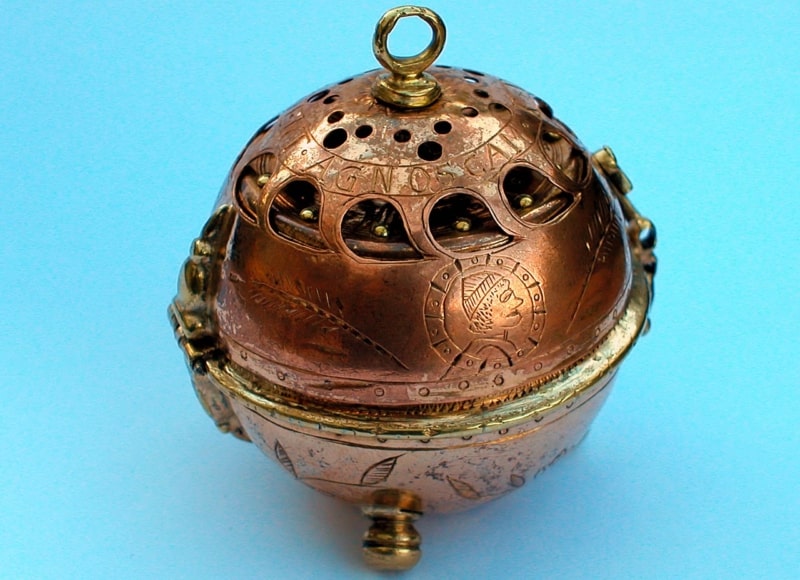 Above - Early watch, produced around 1505 purportedly by Peter Henlein 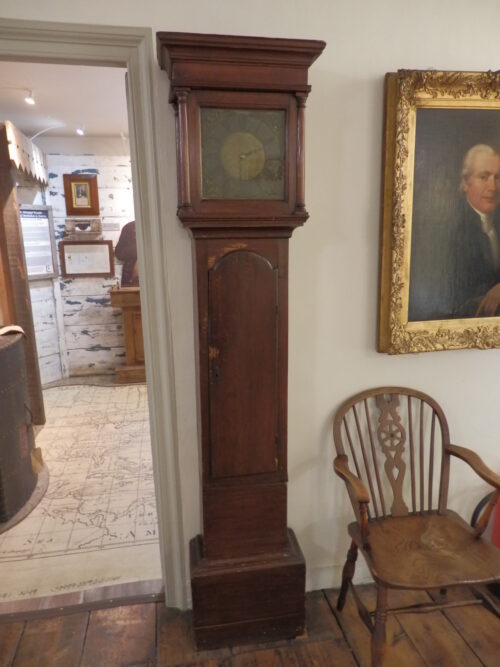 Above - Longcase clock, produced around 1670, in Common Room at John Wesley's New Room 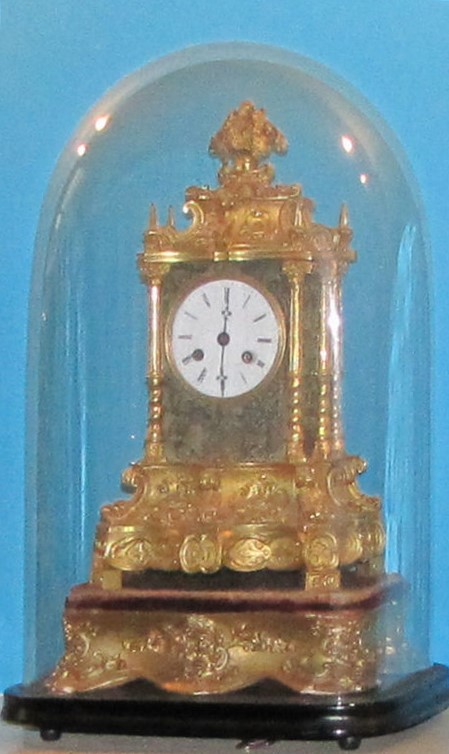 Your ticket for: Clocks and Time-Keeping in the 18th century

Clocks and Time-Keeping in the 18th century