Be still for the presence of the Lord,

The Holy One is here

Come bow before Him now,

With reverence and fear

In Him no sin is found

We stand on holy ground

Be still for the presence of the Lord,

The Holy One is here

Be still for the glory of the Lord,

Is shining all around

He burns with holy fire,

With splendour He is crowned

How awesome is the sight

Our radiant King of light

Be still for the glory of the Lord,

Is shining all around

Be still for the power of the Lord,

He comes to cleanse and heal,

To minister His grace

No work too hard for Him

In faith receive from Him

Be still for the power of the Lord

Be still for the power of the Lord

Both the words and the music for ‘Be Still for the Presence of the Lord’ were written in 1985 by a piano teacher called David Evans. Born in Dartford in Kent in 1957, he grew up in Winchester and studied Social Sciences at the University of Southampton. As a young man he was involved in the beginnings of the charismatic house church movement, which was very much into using new religious songs and choruses. Gradually he became concerned that too many worship songs were actually ignoring the holiness of God and, by using a language that did not encourage proper respect and awe, trivialising him. He also felt too many songs were based on the premise that you had to invoke God’s presence. They failed to recognise that God is always present. He is within us and around us, even when we are not aware of Him. In that connection he recalled the Genesis story in which Jacob had a dream whilst he was in the wilderness and saw angels going up and down a ladder to heaven. Jacob’s response was to say:

‘How awesome is this place! This is none other than the house of God; this is the gate of heaven. Surely the Lord was in this place and I did not know it’.

Evans’ concerns led him to write ‘Be still’:

I actually wrote the song - words and music - in about an hour one evening at home in Winchester…during some private devotional time. I hadn’t particularly planned to compose a worship song that night…Although the song itself came ‘all of a sudden’, the underlying ideas had been brewing for some time… I’d become frustrated with what I felt was the narrowness and superficiality of much contemporary (i.e. popular) worship material and was yearning for a deeper spirituality… [On] the evening in question… I allowed myself to be taken on a journey, a personal response to the profound realisation that God himself, eternally loving and holy, was actually there, present with me in my humble living room.

Months later he tentatively offered the hymn for possible use at the 1986 South and West Bible Week, a big event in which his church was involved. The planning committee asked to hear him perform it before they made a decision:

If I remember rightly there were about 15 -20 people present, and as I strummed my guitar and sang through the verses I kept my eyes tightly shut so as not to view the negative reception I was sure my poor efforts would be receiving! However, as I dared to open them upon completion, I found, to my utter shock and amazement, that the group had been profoundly and visibly moved - unusually, many were on their knees in an attitude of prayer, several gently crying. I’d never had a reaction like this before to anything I’d performed and it was not a little scary - my new composition had been the channel for something supernatural and although it was ‘good’ supernatural, it was definitely out of my comfort zone.

‘Be Still’ has two obvious overarching messages. The first is that God is always present with us and we should never diminish his majesty. He is ‘the Holy One’. He is ‘our Radiant King of Light’ whose glory shines all around us. His power is at work everywhere. Our response to this great God should always be one of ‘reverence and fear’ - that is, of deep awe. The second message is that to appreciate God’s awesomeness we just have to be still and let his Spirit speak to us. Stillness is not a blank mind but a reverent attention to God, listening out for what he has to say to us. This is very much the message contained in a number of the psalms, particularly the line in Psalm 37 which says: ‘Be still before the Lord and wait patiently for him’. Other examples include ‘Be silent and know that I am God’ (Psalm 46), ‘Wait in silence for my hope is from him’ (Psalm 62) and ‘I have calmed and quietened my soul’ (Psalm 131).

It is unfortunate that experiencing stillness and peace is very difficult in our fast-paced world and we make matters worse by our constant quest for pleasure and possessions and by our obsessive use of mobile phones, tablets, emails, twitter and the like. Some of you may have come across the visual aid that is sometimes used to convey to children the importance of not always being active and busy. You put a little mud in the bottom of a jam jar which you then slowly fill with water. When the jar is shaken the mud swirls around and the clear water instantly becomes muddied until nothing is clearly visible. However, when you keep the jam jar still then slowly but surely the mud settles and the water regains its clarity. The comparison is obvious. There is no clarity in our lives when we are caught up in a constant swirl of activity and to restore clarity we have to be still. It is only when we are silent and still that we expose the things that continuous activity masks.

Some commentators have said that when Evans wrote the hymn he had in mind not just the story of Jacob’s dream but also the prophet Elijah’s encounter with God on a mountain:

Evans says that the story may have subconsciously influenced him but it was not consciously in his head when he was writing. What was in his mind was the Exodus account of Moses encountering God in a burning bush and God saying: Do not come any closer. Take off your sandals, for the place where you are standing is holy ground.’ Hence the lines in the hymn ‘he burns with fire’ and ‘we stand on holy ground’. Fire, of course, was used by the ancient world as a symbol for what purifies. Hence the words of John the Baptist that Jesus would baptise people with the Holy Spirit and with fire’.

Another line in the hymn taken from the Bible is ‘With splendour he is crowned’. This comes from the Book of Revelation with its images of the ascended Christ reigning at God’s right hand, and that description echoes the story of the Transfiguration when Jesus appeared before the disciples with Elijah and Moses ‘in glorious splendour’. Evans reminds us that this ‘splendour’ comes from the power of the Lord and his power can transform us - cleansing and healing us as we are filled with God’s grace. All that is required is ‘faith’. Sometimes we think we cannot change but ‘no work is too hard for Him’. Evans thus reminds us that being still in God’s presence is transformative. It is when you are still before God that you can come to know him and appreciate that he is still at work in this world. It is when you are still before God that you begin to understand yourself better and what God wants of you. It is when you are still before God that you know God has your future in his hands. The politician Lord Hailsham used to describe this type of experience as ‘spiritual sunbathing’. He said it was turning oneself ‘towards the spiritual light and allowing it to revive the spirit, like the sunlight on a flower’.

Be Still’ was published in 1986 and use of the hymn spread rapidly. This was initially entirely by word of mouth because a first recording of it was not made until 1989. Its ever-increasing popularity on the BBC ’s ‘Songs of Praise’ in the 1990s made it mainstream. In 2012 the singer Aled Jones, who had become a presenter of that programme, told Evans it was probably his favourite hymn and that it had helped bring him back to God. That same year a stunningly beautiful piano trio arrangement of the music for ‘Be Still’ was produced in North Korea - an indicator of the hymn’s worldwide appeal. With more and more websites appearing that are devoted to encouraging or enabling people to meditate and reflect one can only surmise that the hymn will continue to grow in popularity. Certainly the number of different recordings of Be Still’ is ever-increasing and almost every new hymnbook automatically seeks to include it. Sadly some of these have altered the first line to read: ‘Be still for the Spirit of the Lord’. This rather ignores Evans’ deep-seated desire to stress the constant  presence of God in and around us.

Evans is currently a piano teacher, working privately and at the King Edward VI School in Southampton. He has produced a new system for teaching people the piano following research for a doctorate that he completed in 2008 on the process by which people sight-read music. He still composes and one of his interests is trying to create new tunes or make fresh arrangements of old tunes so that the profound spiritual messages found in the words of older hymns can be resurrected for a new generation. A recent example of this is his 2017 hymn ‘Jesus Your boundless love to me’ which is a reworking of John Wesley’s eighteenth century translation of a seventeenth-century German hymn by Paul Gerhardt. Evans remains, in his words, ‘utterly amazed and humbled’ by the success of ‘Be Still’ and the extent to which it has touched many, many lives. He says: ‘I still find it rather an ordinary lyric and simple tune - but somehow the whole is greater than the sum of its parts’. That’s because, like all great hymns, it has the power to touch the heart. 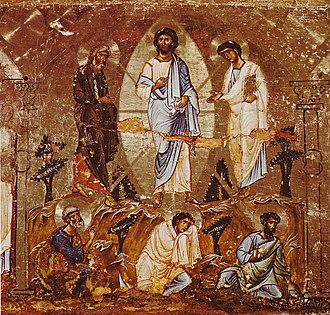 Above - Portrait of the Transfiguration of Christ - public domain 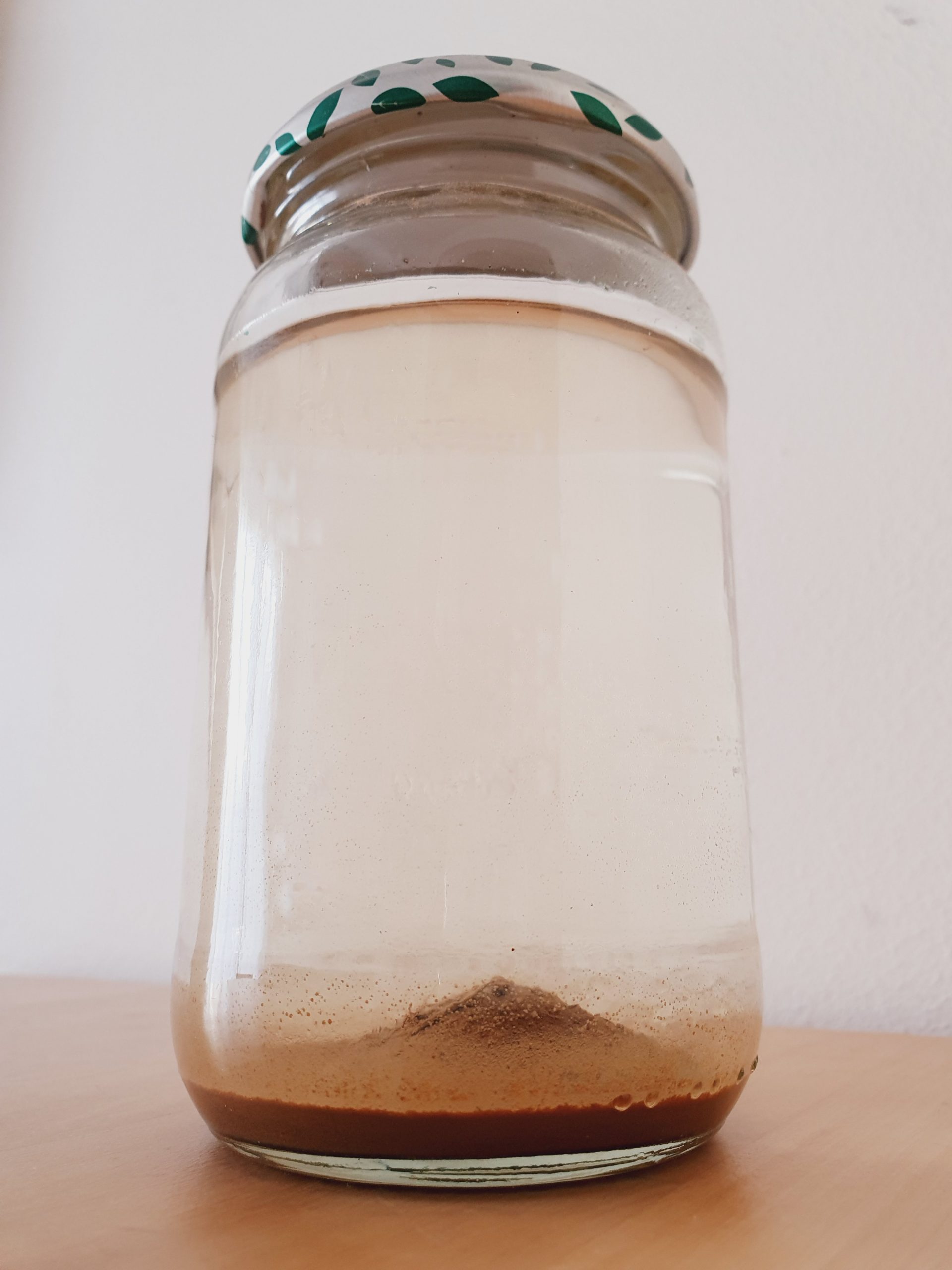 Your ticket for: Be Still for the Presence of the Lord