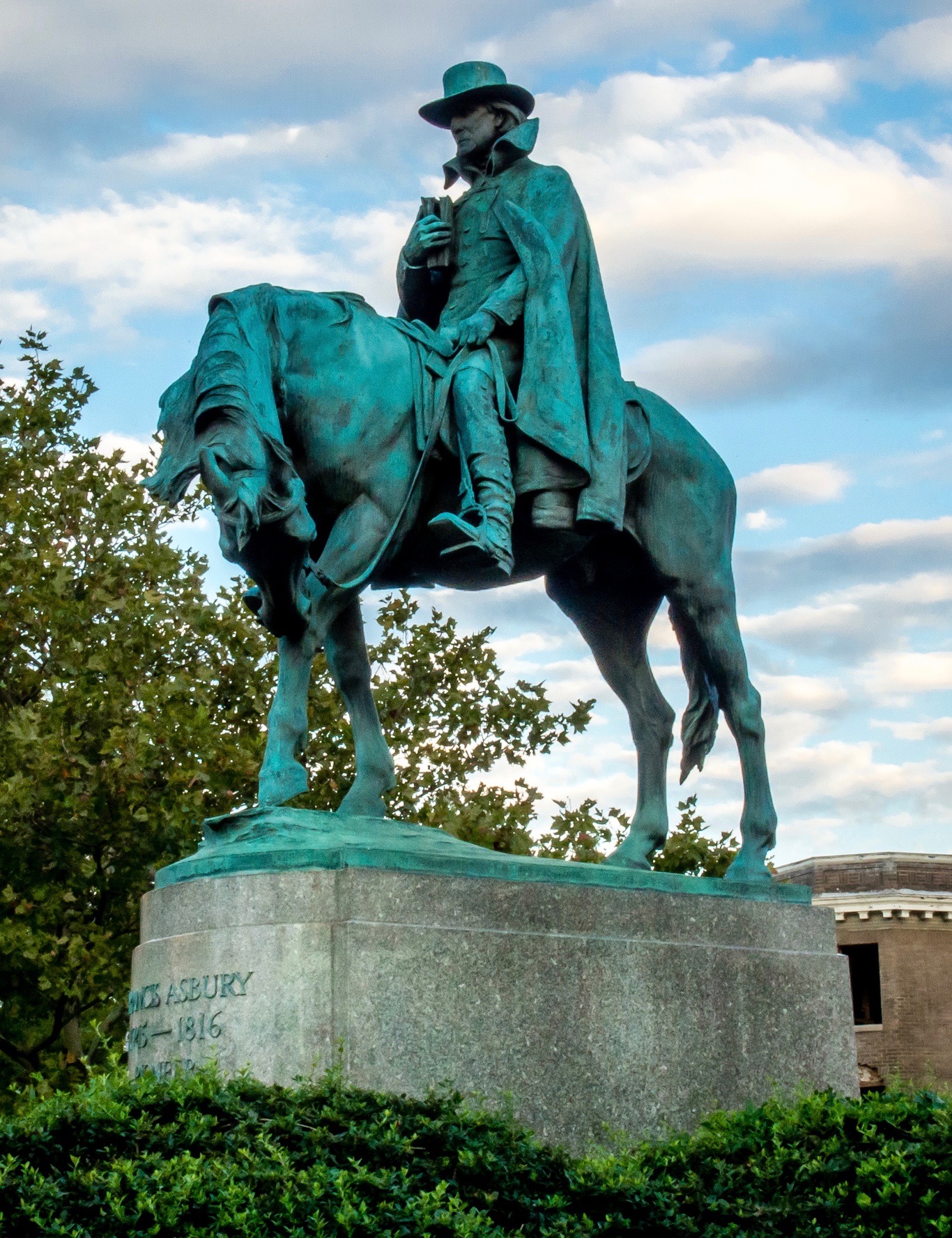 The photo is of the unveiling of the memorial bronze statue of Francis Asbury on horseback by President Calvin Coolidge in Washington DC in 1924.

At the age of twenty-six Asbury volunteered to go as a lay preacher to America from the New Room in 1771. It was a huge decision because he knew it was unlikely he would ever see his family again. He wrote to them:

“I wonder sometimes how anyone will sit to hear me, but the Lord covers my weakness with his power…I trust you will be easy and more quiet. As for me, I know what I am called to. It is to give up all, and to have my hands and heart in the work… Let others condemn me as being without natural affection, disobedient to parents, or say what they please…I love my parents and friends, but I love my God better and his service…And though I have given up all, I do not repent, for I have found all.”

He became the man who really laid the foundations for American Methodism – in effect becoming the John Wesley of the United States. He rode an average of 6,000 miles each year, preaching virtually every day and conducting meetings and conferences. He became one of the first two bishops of the Methodist Episcopal Church and, under his direction, the church grew from 1,200 to 214,000 members and 700 ordained preachers.

Asbury probably would have disapproved of the statue because he hated any form of public recognition. He had been in America for 23 years before he even permitted a first portrait of him to be painted.

However, the importance of Asbury in creating a religious revival in America deserved a statue. On the granite base of the statue is inscribed, among other things  the words

‘IF YOU SEEK FOR THE RESULTS OF HIS LABOR YOU WILL FIND THEM IN OUR CHRISTIAN CIVILIZATION’.

The statue was the work of the American artist Henry Augustus Lukeman, who is also well known for producing the monument in Prospect Park in New York to those who died in the First World War and the immense carving known as the Stone Mountain Confederate Memorial , the largest bas-relief carving in the world.   Carved 120 metres above the ground on the side of a mountain, it is 23 metres in height and 48 metres in width and it depicts  the three main leaders of the Confederates in the American Civil War: Jefferson Davis, Robert E.Lee and Stonewall Jackson.  The Asbury statue may well have helped encourage the idea of producing a statue of John Wesley on horseback for the New Room 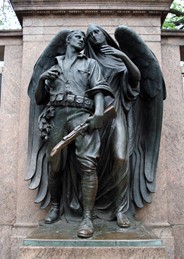 We live by faith in a prayer-hearing, soul-converting , soul-sanctifying, soul-restoring, soul-comforting God.
God is gracious beyond the power of language to describe.
My desire is to live more to God today than yesterday, and to be more holy this day than the last.
Francis Asbury

Understandably Asbury’s role is featured in one of the rooms in the Museum at the New Room, alongside two of the other great figures of early Methodism in America : Thomas Webb and Thomas Coke. 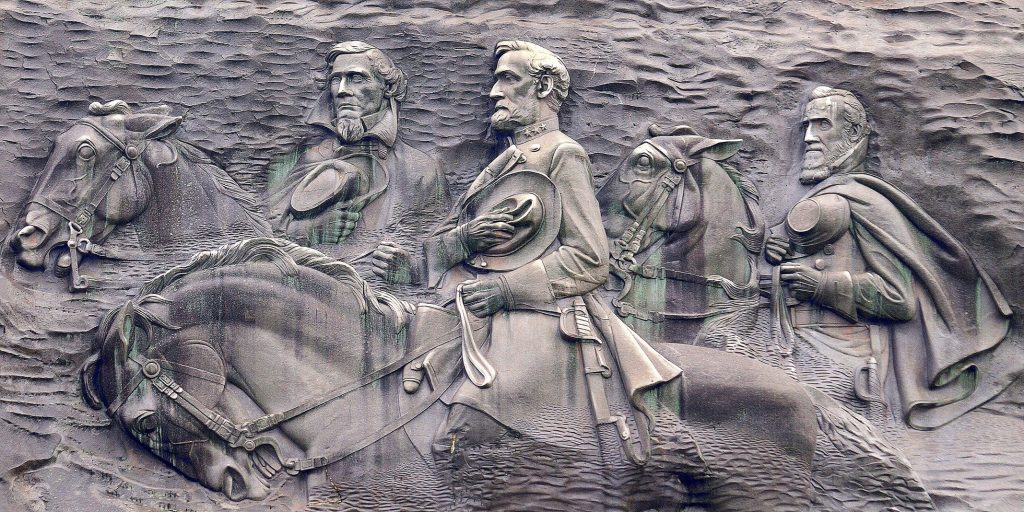 Your ticket for: Asbury Statue