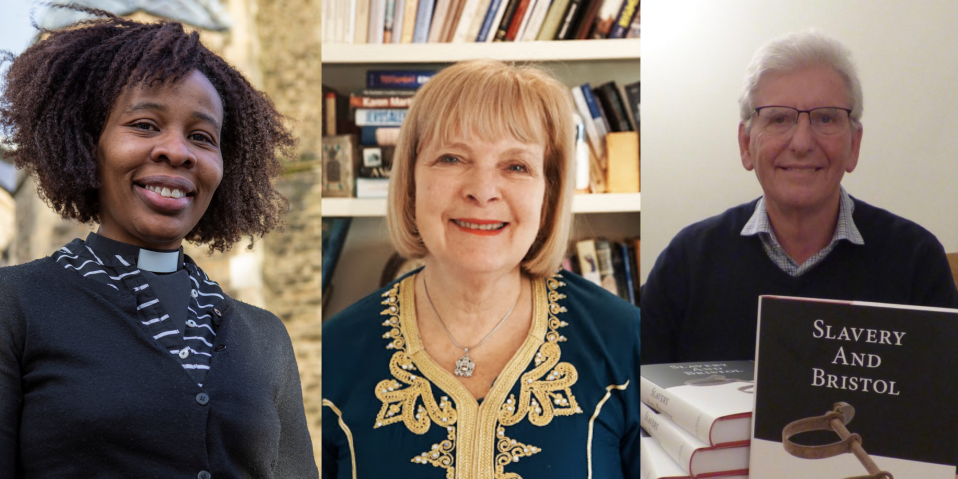 A conversation which takes us back in time to explore one man’s contribution to the slavery and abolition debate in Bristol, and why it matters

The first in a new series of talks for 2021 exploring life and faith in today’s world, open to everyone.

Taking place online, the New Room is pleased to welcome Revd Dr Catherine Okoronkwo, Dr Madge Dresser and Gary Best sharing in conversation on this important movement for change in the 18th century.

Revd Dr Catherine Okoronkwo grew up in the Middle East and studied in the USA and UK. She previously worked as an English teacher for almost a decade, and now works as a writer and Church of England priest. She is the Bishop’s Advisor on Racial Justice for the Diocese of Bristol, committed to supporting racial justice for the city, challenging racism in the Church and supporting and developing Black and minority ethnic clergy. In addition to multiple micro-fictions and her novel Purple Lilac, Catherine has recently contributed a chapter to the edition of Unsung Sheroes in the Church: Singing the Praises of Black Women Now titled ‘Black. African. Woman. Christian. And living with HIV in Britain – A discourse on spirituality, faith and the church’.

Dr Madge Dresser is an Honorary Professor in the department of Historical Studies at the University of Bristol. She has published widely on subjects such as Atlantic slavery and its legacy in Britain, on British slavery and the country house, and on religious and gender history in Britain. Her publications include Slavery Obscured: the Social History of the Slave Trade in Bristol and Ethnic Minorities and the City: Bristol 1000-2000 written with Peter Fleming. She has featured on numerous programmes including BBC Radio 4’s ‘Open Country’,‘Archive on 4’ and MBC’s ‘Sugar and Empire’, and spoken at Tate Britain, the Royal Oak Foundation in the USA, and recently delivered a TedxBristol talk on Slavery and Statues. She has also coordinated 40 events in Bristol on social justice stories past and present for the national charity Journey to Justice.

Gary Best is the New Room’s historian, and was instrumental in creating the site’s new visitor centre and the award-winning Museum at the New Room. He taught history for many years and has written widely on Methodist topics, including ground-breaking biographies of Charles Wesley, Grace Murray and John Cennick, and a history of the New Room, entitled The Cradle of Methodism. He is also the author of the new book Slavery and Bristol, which presents a clear and moving account of Bristol’s role in the trading of enslaved people. The book looks at the injustice of the slave trade through the first-hand account of Olaudah Equiano, who was enslaved as a child and later became the founder of the Sons of Africa, the first black African organisation dedicated to campaigning against slavery. The book was selected as a Five Books Top Non-Fiction book of 2020.

Everyone joining us for this Wes Talk will receive a Zoom code/link on the day of the event. You will also be invited to ask questions during the event if you wish. This event has been organised in conjunction with the Methodist Church’s Learning Network South West.

Register for Event: Wes Talks: How did John Wesley speak out against the slave trade?

Your ticket for: Wes Talks: How did John Wesley speak out against the slave trade?