The New Room is the oldest Methodist building in the world. It has been situated in the heart of Broadmead since 1739. The New Room’s story can often centre around one man, the founder of Methodism, John Wesley, but today let’s take a closer look at some of the 18th century women engaged in the early Methodist movement – their talents, their dedication, and their hardships. 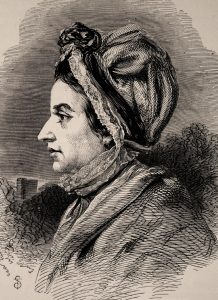 Susanna Wesley, the mother of John and Charles is widely recognised as the ‘Mother of Methodism’. She was mother to nineteen children, but sadly nine of her children died in infancy and one was accidently smothered to death by a maid. She brought up her family in the rural village of Epworth in Lincolnshire and experienced many hardships in her life. After a minor disagreement with her husband, he left her and their children for over a year and spent a fair amount of time in debtors prison. Susanna was devoted to teaching her children well and it is this dedication which led to her having such an impact on the lives of her two boys, John and Charles who went on to be founders of the Methodist Church. 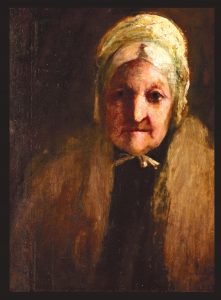 Grace Murray was a remarkable woman – a pioneer female class leader and preacher within the early Methodist movement. In her lifetime she not only had to come to terms with the doubts and fears that can beset Christians at times, but also with the prejudices of her day.

Grace was the woman John Wesley first loved, but this love affair was prevented by John’s brother Charles who intervened in having Grace marry another. This story has long fascinated historians and most have tended to view John as the victim and been hugely critical of the behaviour and actions of the others involved. The New Room’s Historical Consultant, Gary Best has written the first ever biography of her life and sets out to show that this is unfair, delving into what happened between John and Grace in the context of her entire life. The book entitled, ‘A Tragedy of Errors’ can be purchased through The New Room’s online shop. 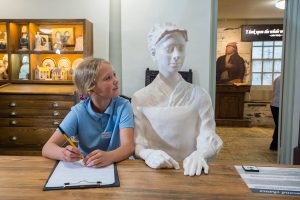 Sarah was appointed Housekeeper of Kingswood School in Bristol by John Wesley in 1757. The task of managing a household was a highly regarded responsibility in the 18th century, so the position of Housekeeper would have been a well-respected role. Sarah not only managed the cooking, cleaning and washing, but also led class groups and encouraged people to read the hymns and books being produced.

Her appointment was much to the annoyance of John Wesley’s wife Molly who labelled Sarah, “a whore”, advising preachers to have nothing to do with her. The reason for Molly’s description was that Sarah was a passionate woman and through a set of unusual circumstances had acquired three husbands! At the age of 19 she married a cork cutter not realising he was already married. When he deserted her, she engaged herself to an Italian, but then had a passionate affair with an Irish sailor called Ryan and married him instead. When she thought Ryan had drowned at sea she went back to the Italian and married him. Then she discovered Ryan was still alive and he wanted her to join him in America. Sarah said of her lifestyle, “Pleasure tossed me about as a bubble on the water”. Hear more about what happened to Sarah by visiting to The New Room Museum later this year. 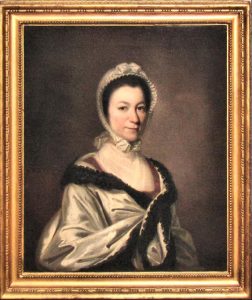 Sally Wesley married John Wesley’s brother Charles in 1749 and not everyone approved, not even John Wesley! It was because Sally came from an aristocratic background, but in fact the marriage was a very happy one. They had eight children, but sadly only three survived into adulthood –Charles, Samuel, and Sarah. Sally was a fine singer and played the harpsichord and guitar. Her guitar is currently on display in The New Room museum. It was her boys who inherited her musical ability and went on to become musical prodigies. Samuel was regarded in his day as the ‘English Mozart’. For much of their married life Sally and Charles lived in Bristol. There last home in the city was on Charles Street which is now managed by The New Room. 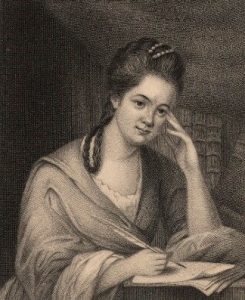 Curious to discover more about Hannah More? Join us online for a talk exploring the public voice of Hannah More, a Bristolian woman in the 18th century, a social influencer of her time who spoke up for what she believed in. Speakers include Dr Wendy Allen, Dr Jo Edwards and Jane Duffus.
More information here.

There are so many women who have made an impact on Methodism at a local, national, and international level through the ages, this is merely a snapshot. For further resources, please visit the Methodist Church latest blogs or take a look at these book recommendations:

The Cradle of Methodism by Gary Best

Your ticket for: International Women’s Day