NEW EVALUATION OF BRISTOL AND THE SLAVE TRADE 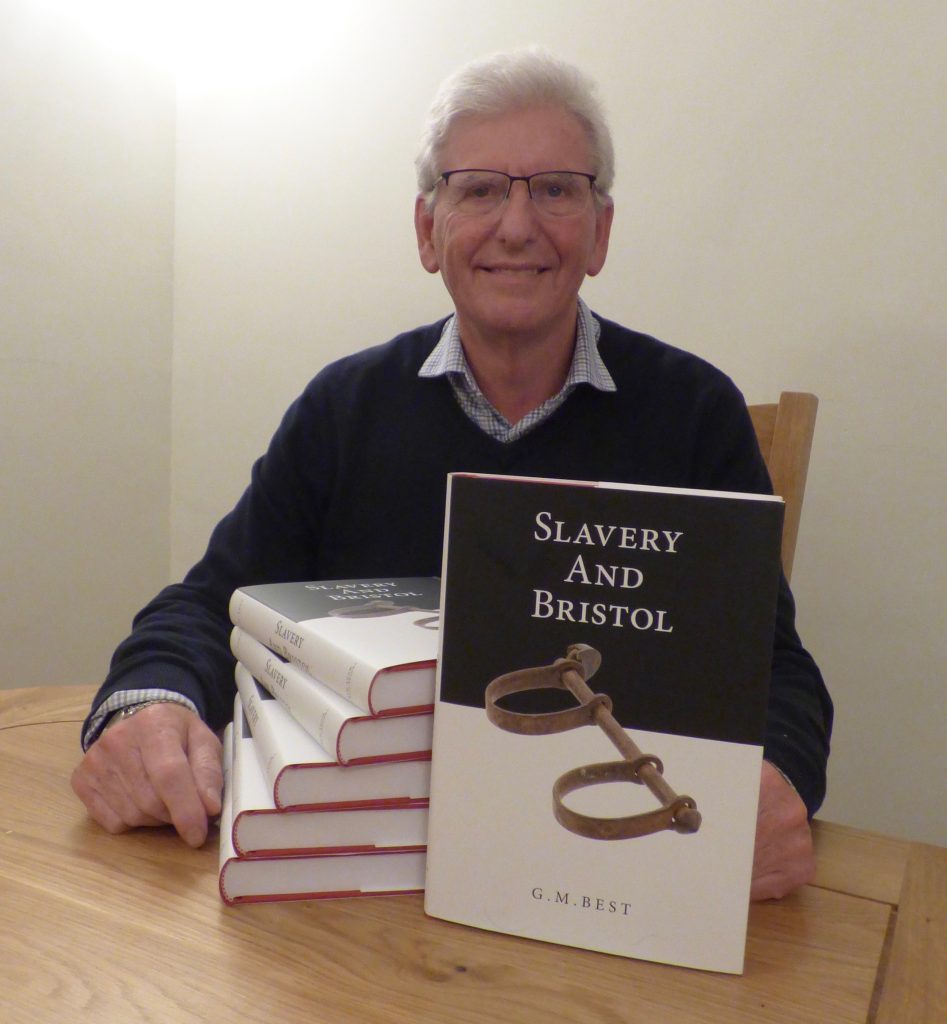 Author Gary Best with his new book ‘Slavery And Bristol’

The perfect Christmas stocking-filler for those inspired by the emergence in 2020 of Black Lives Matter, might be the compelling new account of Bristol’s controversial role in the slave trade in a lavishly-illustrated new book, Slavery And Bristol, by acclaimed local historian Gary M Best.

“I believe this history will not only inform readers but deeply and profoundly make them question the way we live today,” said Gary Best.

“It is not just about what happened in the past but how that still shapes the world today. First and foremost, I have tried to make this a book about individuals and their response to an inhumanity that almost beggars belief.”

The book opens with a look at how most societies have chosen to embrace slavery and how Bristol first became involved. Then it focuses on an autobiography written in 1796 by an ex-slave, Olaudah Equiano, which provides a harrowing personal account not only of the horrors of his enslavement but also of the racial prejudice facing freed slaves.

At a time when the role of black people is being reassessed, Equiano provides a fascinating example of a man who refused to become just a victim and who ended his life campaigning on behalf of the enslaved and creating the first black anti-slavery organisation, the Sons of Africa.

The central part of the book examines Bristol’s misnamed eighteenth-century ‘golden age’ when it was at the forefront of Britain’s involvement in the slave trade. Many readers will be shocked to learn the truth behind the creation of a large number of the historic buildings in and around Bristol, and about how profits from slavery shaped the commercial development of everything from coal mining and chocolate production to canals and railways.

But it is the personal stories that make this book so readable and gripping. The histories of many enslaved people are examined, including some who were brought to Bristol, but Best also vividly covers the stories of Edward Colston and the other slave traders, the shocking lifestyle of the Bristol slave ship captains and their crews, and the role played by Bristol plantation owners who relied on slave labour.

The book provides a fascinating account of the growth of the anti-slavery movement, with Best providing a heartening illustration of how individuals can make a difference and instigate change in society. Readers will find within its pages a fascinating range of memorable and thought-provoking comments from voices both past and present.

Finally this eye-opening work concludes with a chastening account of how slavery survived its abolition and generated a racism that, shamefully, remains prevalent today, illustrated by events such as the 1960’s Bristol Bus Boycott, the 1980’s St Paul’s riots and – most recently – the Black Lives Matter campaign. It challenges Bristolians to tackle the problems we still face.

Gary M Best is the historical consultant at the New Room in Bristol. All proceeds from Slavery and Bristol will go towards helping fund the New Room’s educational work for schools, helping the young understand Bristol’s role in the slave trade and the issues it has left us with today.

Published in hardback by New Room Publications, Slavery and Bristol costs £19.99 and is available from the New Room bookshop, as well as other local bookshops and online through Amazon or  www.tangentbooks.co.uk

Your ticket for: NEW EVALUATION OF BRISTOL AND THE SLAVE TRADE

NEW EVALUATION OF BRISTOL AND THE SLAVE TRADE