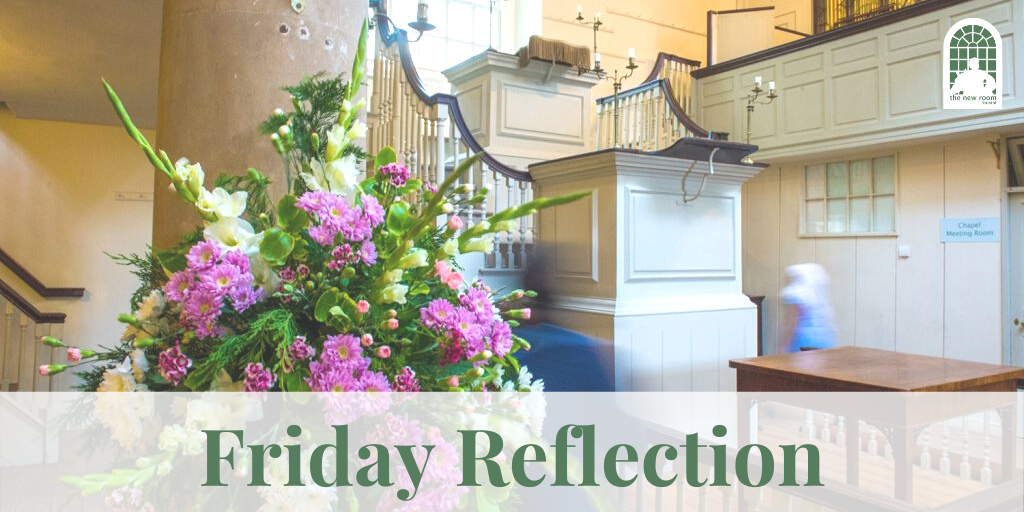 The New Room is sharing a Friday reflection each week during the time that we are closed. Even though we cannot currently join together for our usual Friday lunchtime Communion service in the chapel, we hope that these short reflections will act as a point of spiritual focus, enabling a moment of quiet thought and prayer.

This week’s reflection is from Rev. David Bolton, who writes: 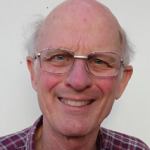 I come from Stafford, am married to Karen, and have a daughter Susanna who is married and has three children.  I came to know Jesus personally through meeting with Nigerian Christians.  I have degrees in Maths and Atmospheric Physics, and have served as a Maths teacher and a minister in Africa and in this country.  I am now a supernumerary.

12th June, is the feast of Barnabas the Apostle.  His first mention in the Bible is when he sold a field and brought the proceeds to the apostles to share with those in need (Acts 4:36-37) – a challenge to us all when so many are in desperate need today as a result of Covid-19.  Barnabas is however mainly mentioned in connection with Saul, who became Paul the apostle.

After Saul had met the risen Jesus on the way to arrest the Christians in Damascus, he returned to Jerusalem and tried to join the Christians there.  They were understandably suspicious of his motives, and it was Barnabas who reassured them by telling the story of Saul’s conversion, thus reconciling persecutor and persecuted (Acts 9:26-27).  There are many divisions in our world today, not least that between black and white as so tragically seen in the murder of George Floyd.  Barnabas’ example should encourage us to actively seek reconciliation, and to combat racism and discrimination all its forms.

At a prayer meeting in Antioch, the Holy Spirit called Saul and Barnabas to set out on mission.  So they had to leave the church in Antioch and set out into the unknown (Acts 13:1-3).  Covid-19 has sent us all out into the unknown, and church life has profoundly changed.  Let’s seek not to go back to the old patterns of Church, but to be ready to move in new directions as God the Holy Spirit guides us.

The final mention of Barnabas when he and Paul split up after a fierce dispute as to whether to take Mark with them (Acts 15:36-40) – a reminder that even the best of us sometimes get it wrong, but God can use us nevertheless.

For our prayer, here is a hymn by Charles Wesley (Singing the Faith 686)

Jesus, Lord, we look to thee,

let us in thy name agree;

show thyself the Prince of Peace;

By thy reconciling love,

each to each unite, endear;

come and spread thy banner here.

Make us of one heart and mind,

lowly, meek in thought and word,

Let us for each other care,

each the other’s burden bear,

to thy Church the pattern give,

Free from anger and from pride,

let us thus in God abide;

all the depth of love express,

all the height of holiness.