BRISTOL FOCUS FOR BBC’S NEXT ‘HOUSE THROUGH TIME’

Bristol’s links with the historic slave trade will be under the spotlight when the BBC’s popular series ‘A House Through Time’ restarts on Tuesday 26 May (BBC2 9pm), launching its third series by unearthing previously unknown stories of life at number 10 Guinea Street, an 18th-century sea captain’s house situated near the city’s docks.

Researchers behind the programme were assisted in their fact-finding by the team at the New Room in Broadmead whose founder, John Wesley, was a leading light in the abolitionist movement. 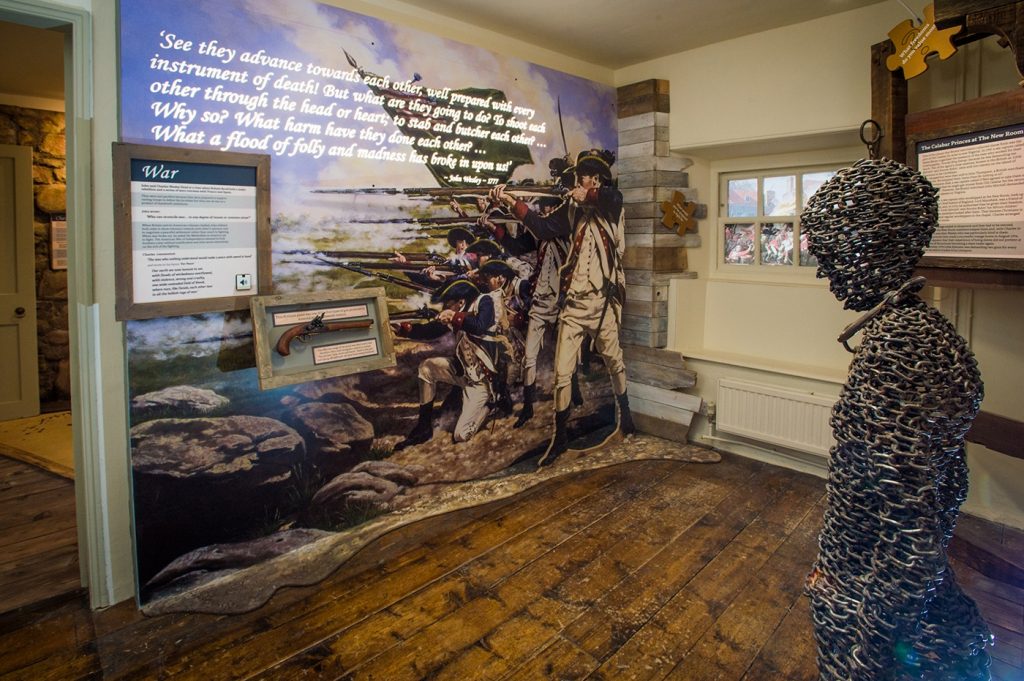 David Worthington, director of the New Room, said: “From the huge collection of local histories housed in the New Room’s publicly-accessible archives, our team was able to help put some flesh on the bones of the story of one of the families that lived at 10 Guinea Street.

“The story that emerged will make viewers wonder about family frictions that might have been caused by one of the masters of the house, a slave trader, and his daughter-in-law, a Methodist whose name appears in the New Room’s membership books.”

BAFTA-winning presenter Professor David Olusoga – a familiar face to existing fans of the series and viewers of The One Show – interviews fellow academic Dr Madge Dresser, honorary professor of history at the University of Bristol, on one of her specialisms, Atlantic slavery.

Madge Dresser, who has written extensively on the abolition movement in Bristol, said: “It was fascinating to help tie the threads together and shed some light on the activities of the families who lived at 10 Guinea Street, and a pleasure to work with the archivist and librarian at the New Room who were fantastic behind-the-scenes research contributors to the programme.”

Viewers who are interested in finding out more about Bristol’s links with the slave trade and the abolitionists who were active in the city can find out more online at www.newroombristol.org.uk and, when normal opening hours are resumed, can find a whole room dedicated to the topic in the state-of-the-art New Room museum.

Your ticket for: BRISTOL FOCUS FOR BBC’S NEXT ‘HOUSE THROUGH TIME’

BRISTOL FOCUS FOR BBC’S NEXT ‘HOUSE THROUGH TIME’