NEW BOOK TELLS THE STORY OF EARLY METHODISTS IN THEIR WORDS

A beautifully illustrated new book telling the story of early Methodism through the words of those who led and experienced it has been released by New Room Publications.

In Their Words – the story of early Methodism features 500 short extracts and quotes, all carefully introduced and linked together to provide the reader with a vivid impression of why and how the Methodist movement began, and of its enormous impact on the lives of ordinary people.

Author Gary Best has already produced a number of highly-regarded biographies of eminent Methodists and is currently historical consultant at the New Room in Bristol – otherwise known as John Wesley’s Chapel – which had a prominent role in his last publication The Cradle of Methodism. 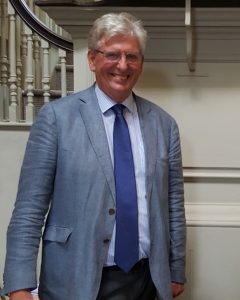 Gary Best said: “Readers will find extracts from the writings of over 120 individuals and my hope is that this will give a much more vivid impression of the Methodist movement and how it changed lives.

“Some of the extracts also have a contemporary relevance because they address issues that we still face in society today – such as dealing with poverty, coping with consumerism, seeking a healthy lifestyle, gender equality, and human exploitation and slavery.

“While most of the chapters are chronological, three chapters focus on specific themes, conveying the content of early Methodist preaching and its impact, the social justice issued raised by Methodism, and the amazing role played by the courageous lay preachers in the face of intense persecution. The final chapter contains 18th century prayers that can still be used today.”

In Their Words, published by New Room Publications through Tangent Books is priced at £12.99 and is available in the New Room or online at Amazon or Hive.

Your ticket for: NEW BOOK TELLS THE STORY OF EARLY METHODISTS IN THEIR WORDS

NEW BOOK TELLS THE STORY OF EARLY METHODISTS IN THEIR WORDS