SWEDISH FOLK DUO TO PERFORM AT THE NEW ROOM BRISTOL

Sweden-based folk artists Daniel and Emma Reid are coming to the New Room in Bristol for the next ‘Folk At The New Room’ gig – on Thursday 12 July – as part of a two-month European tour which coincides with the release their third album.

Emma, who performed at the very first Folk At The New Room concert in November 2017 as part of the folk string quartet Methera, said: “It was a magical gig for Methera, such a lovely atmosphere and acoustic, and I couldn’t help thinking I must bring Daniel here!” 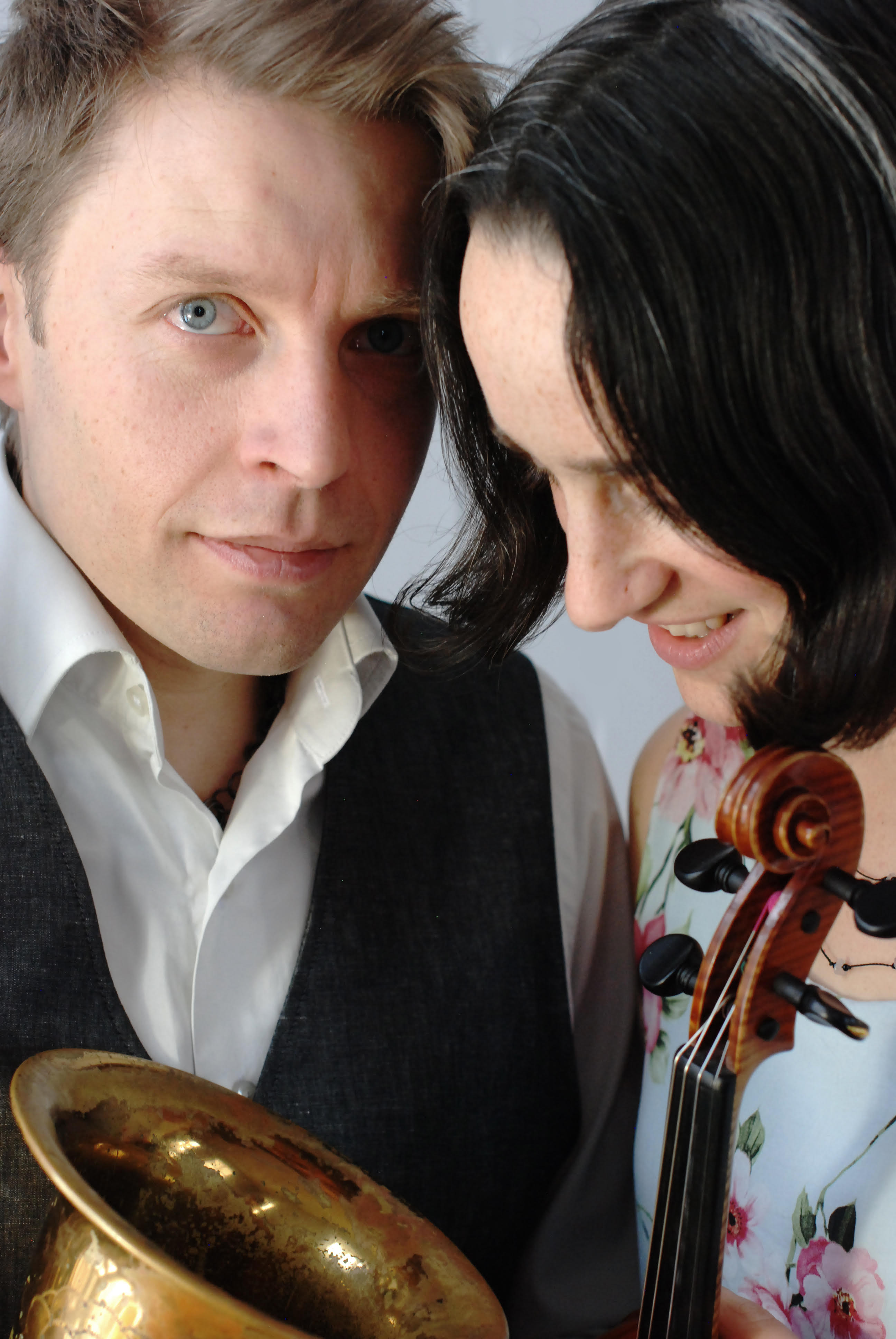 Critics have described the Reids’ music as: “…a sensitive, mellifluous pairing of fiddle and saxes in elegantly reflective exploration.”

Their first two albums received rave reviews and radio time on both sides of the North Sea. The new album, Life Continuum, is inspired by a theatre piece reflecting on the relentless cycle of birth, growing, aging, death, birth.

Emma said: “It made us realise that we really are warmly embedded in the midst of life. With two small kids, our days are filled with laughter, tears, responsibilities, caravan adventures, sleepless nights…

“On our third duo album we are on our own – no guests, just two humble voices.

“We relish the small-scale, the acoustic and the intimate, which we believe is needed more and more in our modern society of speed, social media and fancy productions.”

The duo perform self-penned tunes, traditional material and songs from both Scandinavia and the British Isles, all with a remarkably close and spontaneous interaction.

Daniel and Emma Reid are allegedly two of the busiest musicians in Sweden and have toured as theatre musicians and in folk and world music bands for the last 20 years, collaborating with many outstanding international musicians, including Ian Carr, Nikolaj Busk (Dreamers Circus), Roger Tallroth (Väsen) and Eskisehir Symphony Orchestra (Turkey).

The New Room gig comes about half-way through their two-month long family caravan tour of Sweden, England, Scotland, Wales and Germany, which will finish up at Korrö Folkmusikfestival.

*For bookings through Eventbrite an online booking fee applies.

Your ticket for: SWEDISH FOLK DUO TO PERFORM AT THE NEW ROOM BRISTOL

SWEDISH FOLK DUO TO PERFORM AT THE NEW ROOM BRISTOL