The state-of-the-art museum at the New Room has just received another boost for its collection with the arrival of a famous 18th century oil painting of Charles Wesley, the greatest of English hymn writers.

The portrait, popularly known as the ‘lily’ portrait because of the spray of lilies featured in the foreground, comes to Bristol from the museum at Epworth Old Rectory in Lincolnshire, the childhood home of Charles Wesley and his famous brother John, with whom he co-founded the Methodist movement. 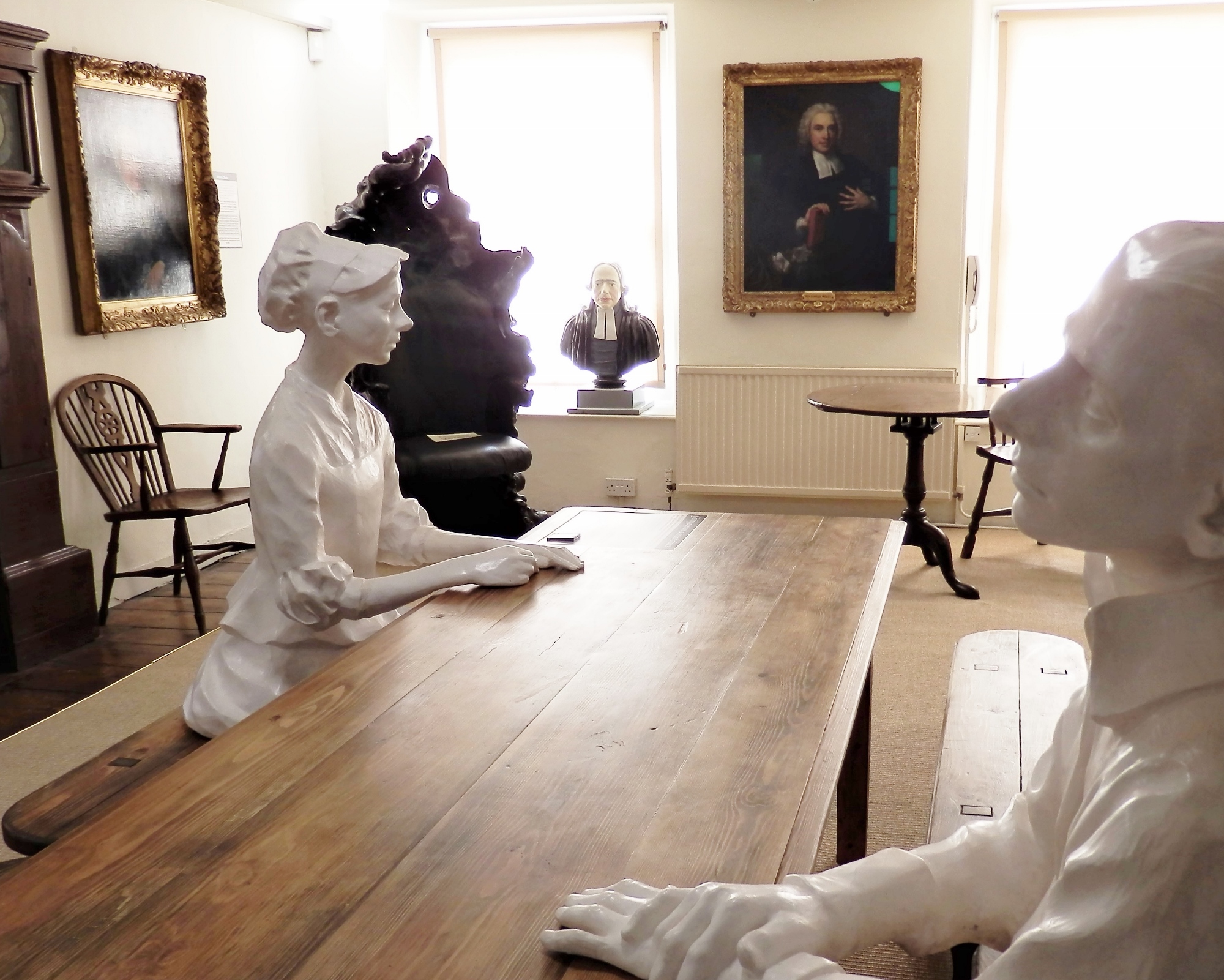 The painting is said to date from 1749 and is generally attributed to the prolific and well-regarded British portraitist Thomas Hudson, whose pupils included Joshua Reynolds. It measures 92.7cm by 72.4cm and is rendered in oil on canvas.

Charles Wesley, who relocated to Bristol the same year the portrait was allegedly painted, is represented holding a New Testament in his hand which was possibly intended to symbolise the sitter’s aptitude for preaching – something at which Charles excelled.

The lily in the foreground of the portrait may also have been included as a familiar symbol of purity and devotion.

Gary Best, volunteer warden of the New Room and a respected Methodist historian, said: “It is fantastic that we have been given the only known portrait of Charles Wesley as a young man, and we’re delighted to be able to share it with visitors to our museum.

“Of Wesley’s 9,000 hymns, 500 are still sung today and virtually all the most famous ones – like ‘Hark the Herald Angels Sing’ or ‘Love Divine’ – were written during the 20 years he lived in Bristol.”

The ‘lily’ portrait is now on display in the Common Room, one of 12 separate rooms that combine to create the New Room’s recently-opened Heritage Lottery-funded museum.

Known as ‘the cradle of Methodism,’ the chapel at the New Room is the oldest Methodist building in the world, built in 1739, and was the starting point for the Methodist Church which now has over 75 million members across the globe.

The museum – Bristol city centre’s most recent – occupies the upper floor of the newly-developed visitor centre, in rooms which were originally constructed above the chapel in 1748 to accommodate the Wesleys and other early Methodist preachers.

Visitors can see John Wesley’s bedroom and the main living room of the preachers, as well as interactive displays that show what life was like in Bristol in the days when the slave trade was thriving, and can learn how the Wesleys campaigned to stop it.

The museum at the New Room is the jewel in the crown of its new visitor centre, which also features an artisan café, gift shop, an education/conference suite and an historically-important library and archive.

Both chapel and visitor centre are open from Monday to Saturday 10.30am to 4pm all year. Entrance to the historic chapel is free, and visitors can enjoy a Fairtrade coffee and home-baked cake or a light lunch in the artisan café.

The museum costs £3 for children and £6 for adults, with family tickets at £9 for one adult plus children, or £14 for two adults plus children. Other concessions and group rates are available, for details see www.newroombristol.org.uk

Your ticket for: LILY PORTRAIT TRANSFERRED TO BRISTOL’S NEW ROOM