A brand-new monthly folk concert series at the New Room in Broadmead, also known as John Wesley’s Chapel, has been announced with tickets now available for the first event on Thursday 16 November.

Headlining at the first session will be the quartet Methera, whose performance is described by one BBC critic as “…seriously stylish playing that’s putting the sparkle back into the tradition.”

This unique ensemble – a string quartet with roots firmly planted in English traditional music – has previously been broadcast on Radio 3 and performed nationally, including at the Sage Gateshead, and has a reputation as a scintillating live act.

Audience members will benefit from the great acoustics of the 18th century chapel, and a varied monthly programme is being organised by the New Room’s events team.

Community engagement officer, Louise Wratten, said: “We are planning an exciting line-up which will have something to offer every fan of folk music.

“We’re thrilled to have Methera for our opening concert. Their music is amazing: sophisticated and earthy, ground-breaking and familiar, enchanting and exhilarating – chamber folk at its best.

“The quartet has established a strong reputation through a combination of national tours, BBC Radio 3 broadcasts and collaborations, blazing a trail through the uncharted territory that lies between folk and chamber music.”

The next concert in the series is scheduled for Thursday 14 December, when the Bristol Folk Singers, together with a special guest, will perform a seasonal evening of traditional folk carols. 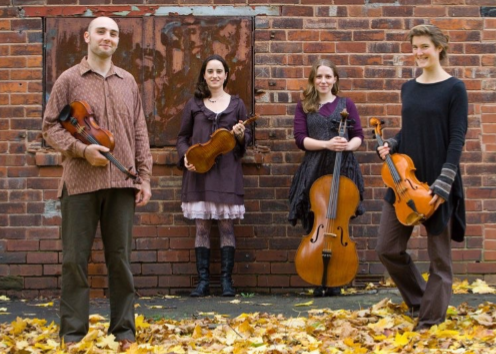